Ford ($F)   told investors that its new business services unit eventually will deliver 20% margins, 2.5x its core automaking operation. It updated its plans for venturing into robo-taxis, electric cars and other transportation services like bike-sharing and shuttle vans.

“We’ve always thought about the ‘thing’ and how many ‘things’ were sold,” Chief Executive Mark Fields told investors gathered on Wednesday at its headquarters. “Now, we’re opening up the aperture of the lens.” (WSJ)

The new strategy will be costly and risky. Capital spending will rise to 5.6% of revenue in the next two years, from 4.9% in 2016, as Ford steps up investment and acquisitions related to the new businesses. The No. 2 U.S. car maker also said profit will shrink in 2017 due to investments, then rebound in 2018 amid an expansion of its car and truck lineup and $3 billion in annual cost cuts achieved during a three-year span beginning this year. (CNBC)

Ford hasn’t put a timetable on its 20% margin target for new initiatives, which compares with a forecast of an 8% margin in its auto business. The auto manufacturer thinks autonomous vehicles will account for up 20% of total vehicle sales by the end of the next decade, and its first deployments will be in urban areas, such as New York City and Metro Detroit. Ford plans to roll out in 2021 its fully autonomous car with no steering wheel or pedals, selling about 100,000 a year for commercial purposes only. A personal-use driverless car will be available in dealerships around the middle of next decade, Mr. Fields said. (WSJ)

Looking at the 25-Year Chart, the most impressive feature is the earnings growth, an 85.8% increase in the last year. Dividends have also grown at an impressive rate over the past 5 years at 24.6%. 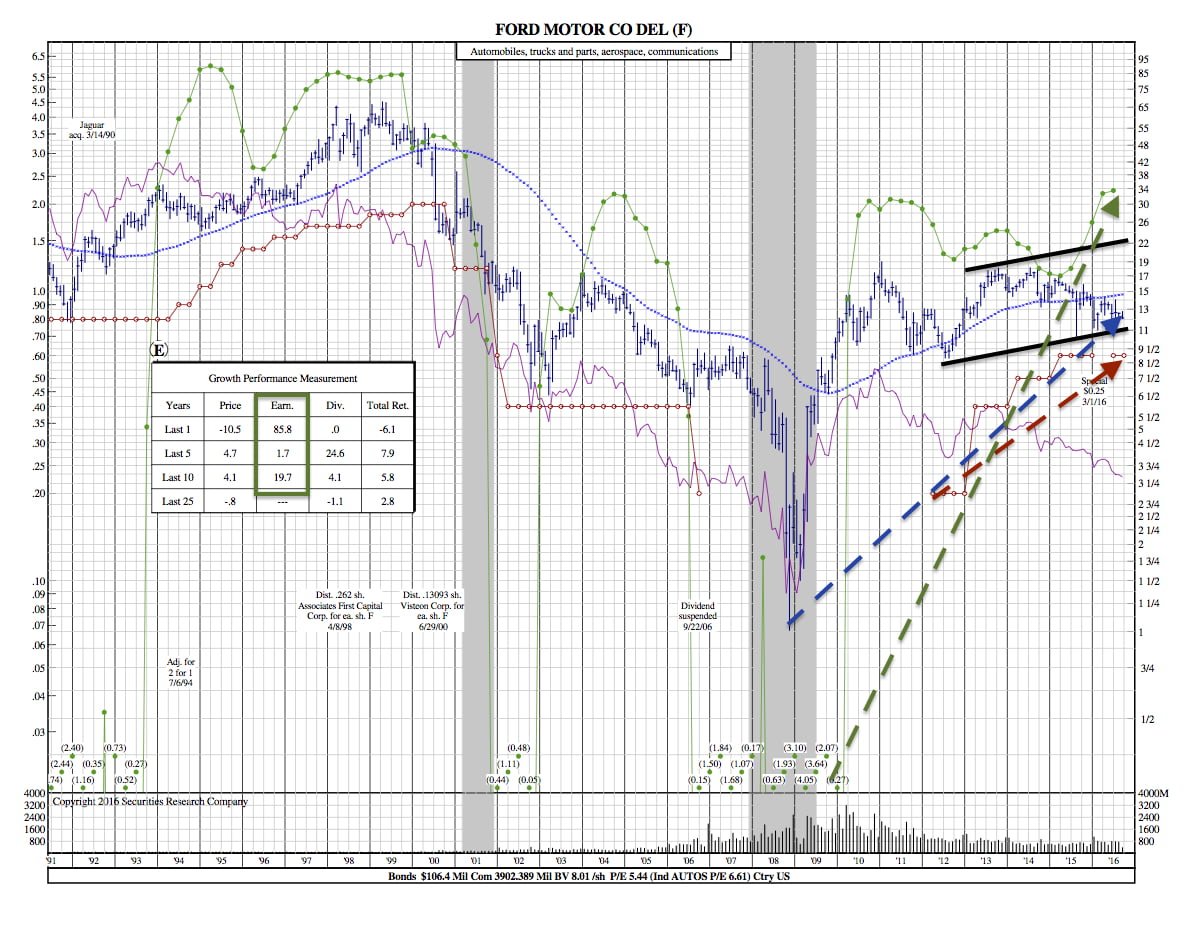