CNBC — Apple (AAPL) shares can rally in 2017 for five reasons, according to Citi Research, which reiterated its buy rating on the company.

Analyst Jim Suva gave the following list in a note to clients Tuesday:

He cited how Trump’s proposal to lower the U.S. corporate tax rate to 15 percent from 35 percent would add 6 percent to Apple’s earnings-per-share. Suva said if the company used 25 percent of any repatriation tax holiday proceeds for a stock buyback, it could benefit earnings-per-share by an additional 10 percent.

“Across our coverage universe, we see Apple as a significant beneficiary of Trump tax reforms. Apple is very well positioned to benefit from potential tax reform of either or both a repatriation tax holiday and or a lower corporate tax rate,” stated the note.

The analyst predicts iPhone shipments will rise 7 percent in the company’s fiscal year 2018.

“We believe iPhone installed base upgrades will take a step up with the launch of iPhone 8,” Suva wrote.

Apple CEO Tim Cook will be among a group of technology executives that will meeting with President-elect Donald Trump Wednesday. 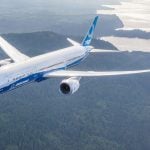