WSJ — A Dow 20000 milestone would have  Goldman Sachs Group Inc. to thank.

The stock of the Wall Street bank is the top-performing component of the Dow Jones Industrial Average since the presidential election, accounting for about a quarter of the average’s rise.

Shares of the Wall Street firm are up 31% since Election Day, rising to within striking distance of their all-time closing high of $247.92, which was hit in October 2007. That compares with an 8.6% rise in the Dow industrials.

The KBW Bank Index, which tracks the share performance of large U.S. national and regional banks, is up 22.27% since Election Day.

But while Goldman may have been integral to the Dow industrials’ gains, it isn’t the best performing big bank stock since the election. That honor belongs to Bank of America Corp., whose shares are up 33% since Donald Trump’s victory.

Bank of America isn’t in the Dow industrials. Goldman is one of only three big financial companies in the average, along with J.P. Morgan Chase & Co. and American Express Co. The shares of those companies have seen a more modest rise of 21.03% and 10.09% respectively.

For years, many investors had considered banks to be almost uninvestable. This was due to a focus on their near-term performance, which was held in check by expectations of ever-rising regulatory burdens, a lower-for-longer interest rate outlook and a paucity of returns because of higher capital requirements.

Now, many investors suddenly are willing to look further into the future toward the longer-term earnings power of banks. “The atmosphere, the consumer confidence, the business confidence is completely different,” Bank of America CEO Brian Moynihan said at a conference last week.

A rising rate environment should push up trading revenues and, in time, release the pressure on net interest margins, which measure the difference between what a bank pays for deposits and the yield on its loans. Changes in tax policy favored by the president-elect and Capitol Hill Republicans could fuel greater corporate activity, boosting the lending and merger advisory businesses of the big banks.

“Rates are up. Regulations may be unwound. And if you believe the economy is improving at a measured pace, you do want to hold financials for a longer period of time,” said Terry Gardner, senior managing director at the investment advisory firm CJ Lawrence LLC.

The potential for a more favorable environment has sparked renewed interest among growth-oriented investors. “A lot of money managers have been waiting for the moment to get back into banks, which once were great sources of market gains but have been dead money for years,” said Christopher Whalen, senior managing director and head of research at Kroll Bond Rating Agency Inc. “Now, they finally see the potential for growth returning.”

That said, it may take some time for banks’ earnings to catch up with market expectations. “It may be hard for this quarter’s earnings or the next to support a 30% rise in stocks,” Mr. Whalen said.

Mr. Gardner also remains cautious in coming weeks. “I think investors might be giving banks too much credit for better earnings a little too early,” he says.

Goldman shares, for example, are trading at 13.37 times the next 12 months’ estimated earnings, according to FactSet. That is the highest price/earnings multiple for the firm since 2009—and well above a five-year average of 10.1 times.

The multiple may reflect that analysts’ estimates haven’t kept up with the market’s view of the improved prospects for banks. Since October, analysts’ average forecast for 2017 earnings have risen by 3.5% and for 2018 they are up by 7.7%, according to FactSet. 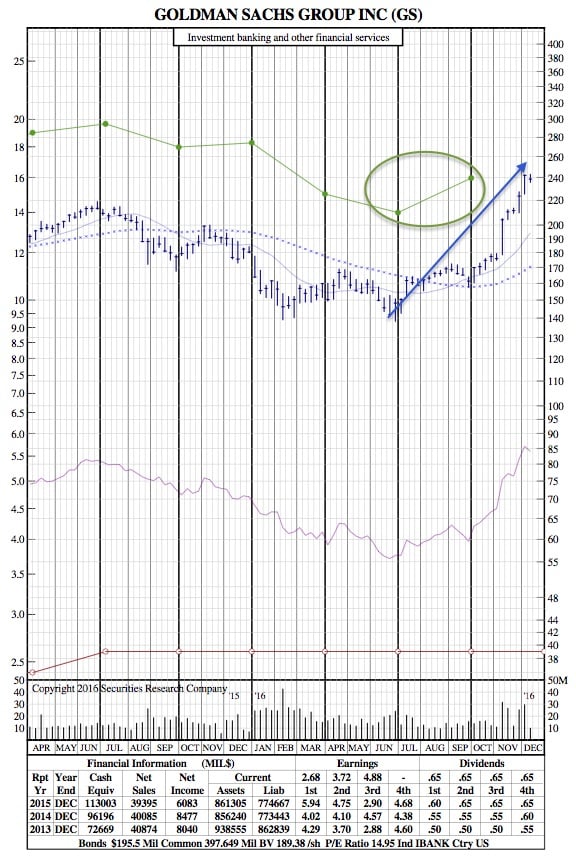 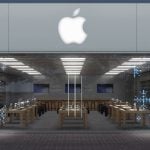