What’s The Better Buy, Nike or Under Armour? 12-Year Charts For Both Companies

By J. Fife
Posted September 8, 2016
In Blog
What’s The Better Buy, Nike or Under Armour? 12-Year Charts For Both Companies2016-09-082017-01-23https://www.securities-research.com/wp-content/uploads/src-logo-for-website-5.pngSecurities Researchhttps://www.securities-research.com/wp-content/uploads/src-logo-for-website-5.png200px200px
0 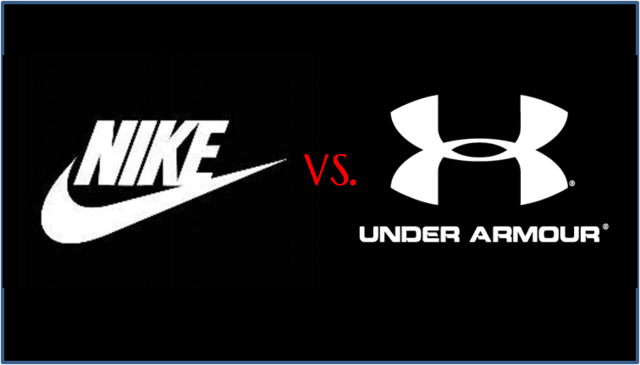 This is a classic David and Goliath situation.

Due to slowing sales and the bankruptcy of Sports Authority, both Nike ($NKE) & Under Armour ($UA) shares have fallen over the last 12 months:

Under Armour can blame its slowing sales growth, declining margins, high valuations, and fierce competition from bigger rivals like Nike. That said, UA still trades at 34 times earnings, compared to the industry average of 27 for apparel makers. Nike has a lower P/E of 27 and has an attractive dividend yield of 1.1%.

Nike’s sales rose 5.9% annually to $8.24 billion last quarter. That represented a slowdown from 7.6% growth in the previous quarter, but compared favorably to 4.9% growth in the prior year quarter. On a constant currency basis, Nike brand revenues rose 8% to $7.73 million, while Converse brand revenues rose 18% to $513 million. Robust overseas sales offset weaker demand in the North American market. (Motley Fool)

UA’s sales rose 27.6% annually last quarter, but that represented a slowdown from 30.4% growth in the previous quarter and 28.5% growth in the prior year quarter. On the bottom line, UA posted a loss of $0.12 due to the bankruptcy of retailer Sports Authority and the payment of a special dividend to Class C shareholders to settle a class action lawsuit. UA is also expected to boost its marketing spend significantly to keep pace with high-profile rivals like Nike and Adidas. (MarketWatch)

So which is the better buy?

When looking at the 12-Year Charts of both Nike and Under Armour, both have similar earnings growth rates. Nike’s earnings are about twice that of Under Armours, though, about 2 vs 1 (scaled to the left).

Under Armours price obviously has a higher trajectory rate; which may lead to concern when looking at their earnings slow down.

Then there’s Nike – offering a dividend is quite attractive when comparing the two stocks. Also, when we compare both P/E ratios, Nike shows its strength in a situation that both companies have been exposed to. 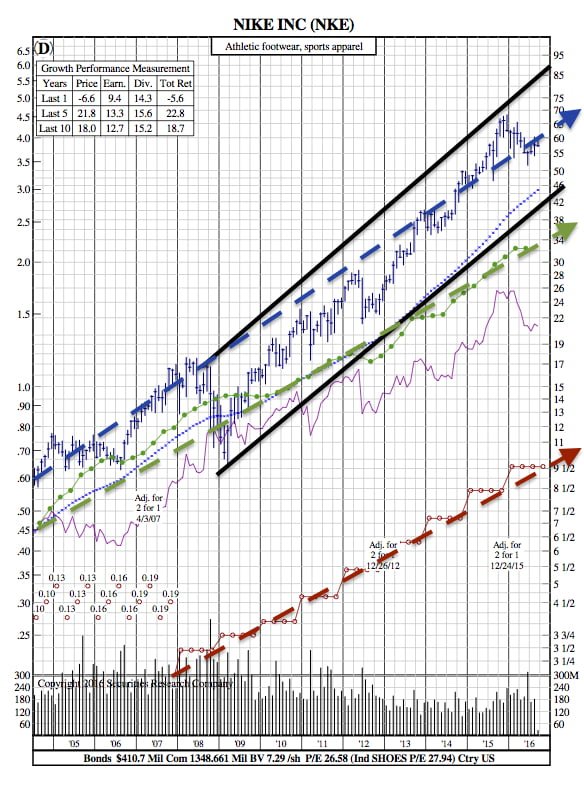 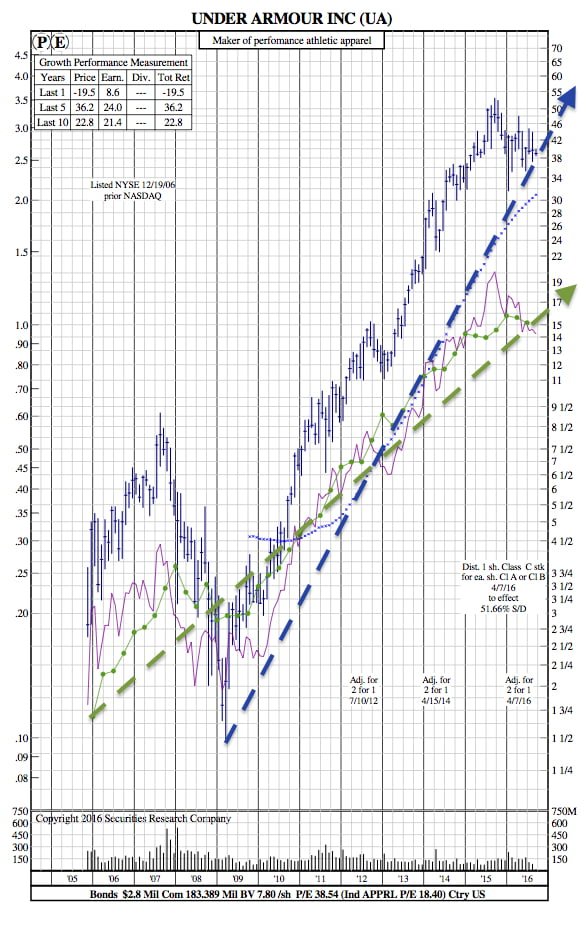