In an attempt to boost lackluster sales, Buffalo Wild Wings ($BWLD) is running a promotion that will offer half-price wings each Tuesday.

“We’ve seen a significant traffic lift with the half-price offer,” Buffalo Wild Wings CEO President and CEO Sally Smith told analysts on a Jul. 27 call. B-Dubs, as it’s often refereed to by fans of the chain, also offered half price wings at all locations for National Chicken Wing Day on Jul. 29. (The Street) 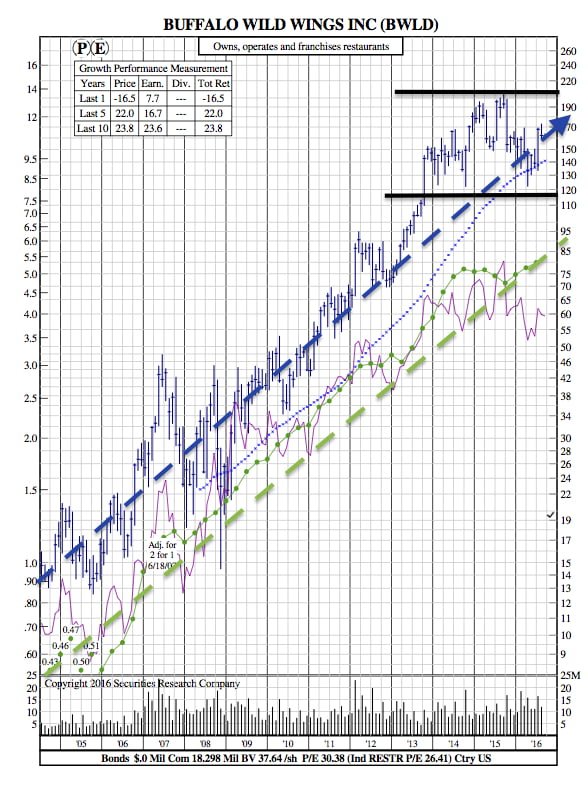 After Bill Ackman’s 9.9% stake in Chipotle, we take a look at the 21-Month ChartBlog
What’s The Better Buy, Nike or Under Armour? 12-Year Charts For Both CompaniesBlog