What to Make of Wells Fargo (21-Month Chart Included) 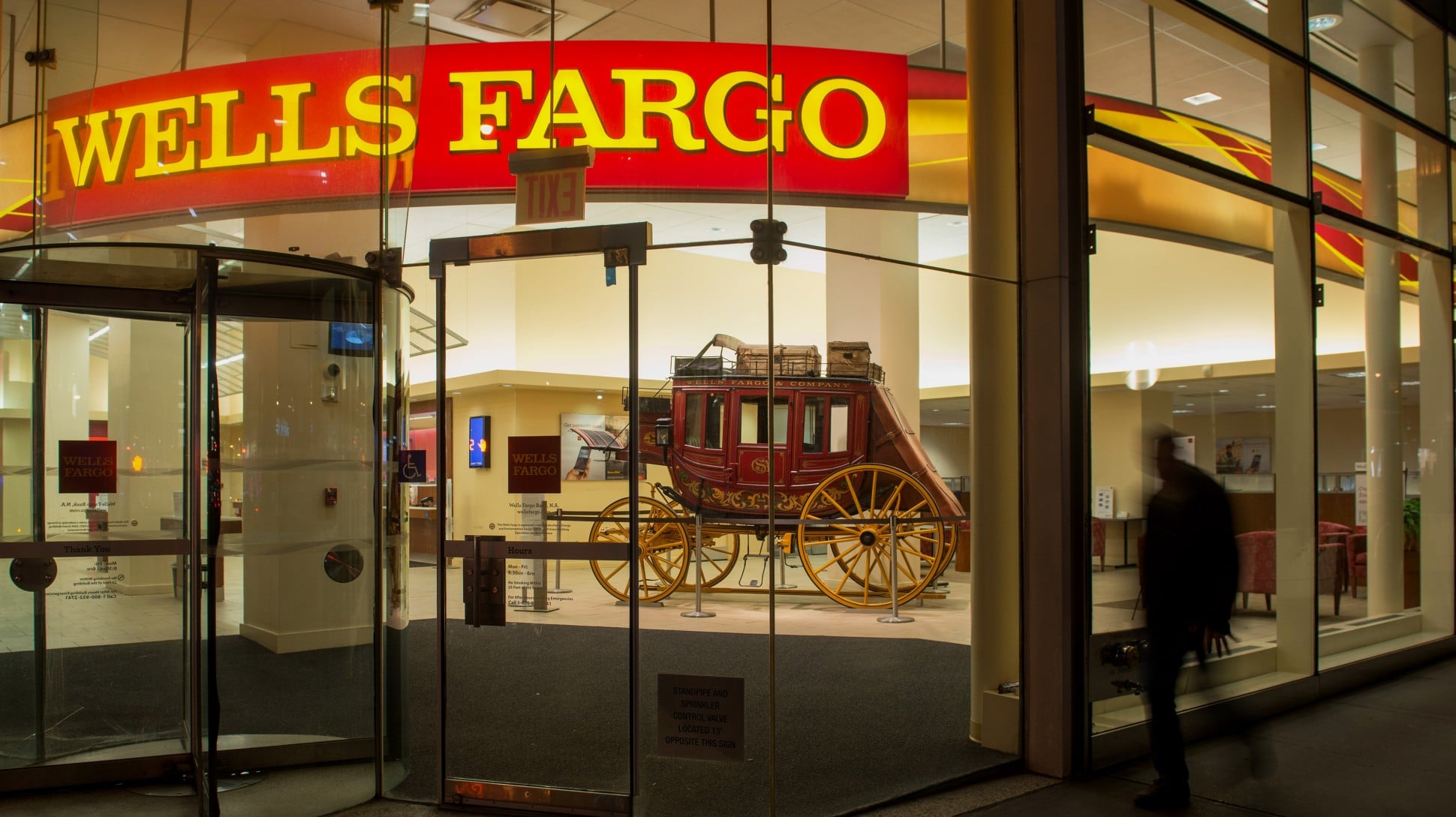 On Sept. 8, the Consumer Financial Protection Bureau and other state and federal agencies imposed $185 million in fines on Wells Fargo ($WFC) related to employees opening unauthorized accounts in customers names.

The announcement of the CFPB’s investigation led to Wells Fargo’s Chairman and Chief Executive John Stumpf being called in front of the U.S. Senate Committee on Banking, Housing and Urban Affairs, and he is due to testify before the House Financial Services Committee on Thursday.

This week, Wells Fargo said that it will take back unvested stock worth $41 million from Stumpf and $19 million from Carrie Tolstedt, the executive who led the retail banking division. She was scheduled to retire in December, but in light of the scandal has instead stepped down immediately without severance or a bonus. Stumpf will also forgo his $2.8 million salary while the bank investigates the practices that led to more than 1.5 million unauthorized accounts being opened. But, Sen. Elizabeth Warren (D-Mass.) thinks that he and the rest of Wells Fargo’s upper management should be punished more. (Yahoo Finance)
The 21-Month Chart:
WFC has obviously held steady over the past 21 months in all facets of the chart, with the main exception being during September while the negative news continues.

Over the past month, Wells Fargo’s stock is down more than 8.5% and volume has picked up significantly. 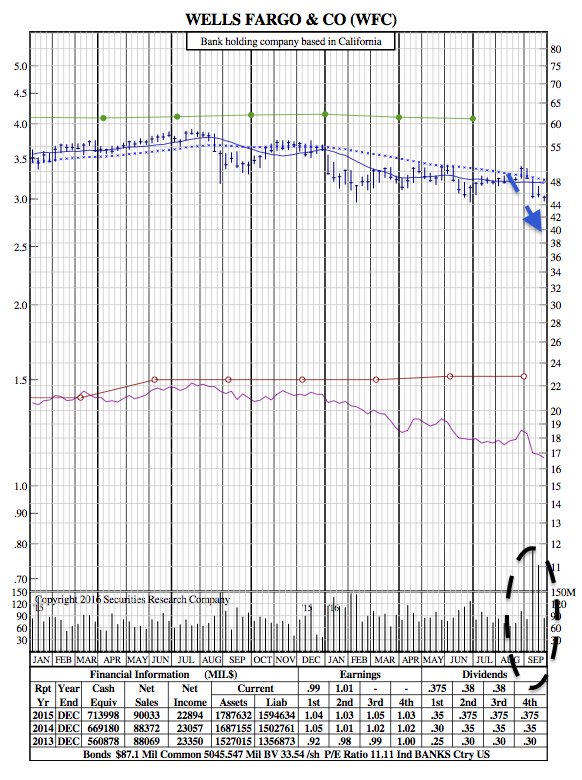