Investopedia — While many investors have focused obsessively on the march to 20,000 on the Dow Jones Industrial Average (DJIA), perhaps an even bigger market milestone is approaching. The float-adjusted value of the S&P 500 Index (SPX) is approaching $20 trillion, having passed the $19.5 trillion mark on Friday, December 17, according to the Wall Street Journal. The index has gained roughly $500 billion of market value since the election.

Float-adjusted market value, also called the free-float methodology, just counts shares readily available to investors. To present comparable recent data that illustrates the relative size and importance of the S&P 500, in the accompanying chart we use the larger total market capitalization figures. The show the total market cap of the S&P 500 is already $19.9 trillion. That’s about triple the market cap of the Nasdaq 100, nearly four times the Dow and about five times as big as the Russell 2000.

As the S&P 500 has grown in value, so has its significance in the world of investment management. The latest figures from S&P Dow Jones Indices reveal that already over $7.8 trillion of investment funds, accounts and products use the S&P 500 as a performance benchmark. Of this amount, about $2.2 trillion is in index funds or other investment vehicles designed to track its performance precisely. Meanwhile, according to the Journal, only about $36 billion of investments were indexed directly to the Dow as of the end of 2015.

How much further the S&P 500 rises in value may depend on whether sectors that may benefit from President-Elect Donald Trump’s policies, such as industrials and financials, can offset sectors such as health care, which may be hurt by the president’s dismantling of President Barack Obama’s health care program. 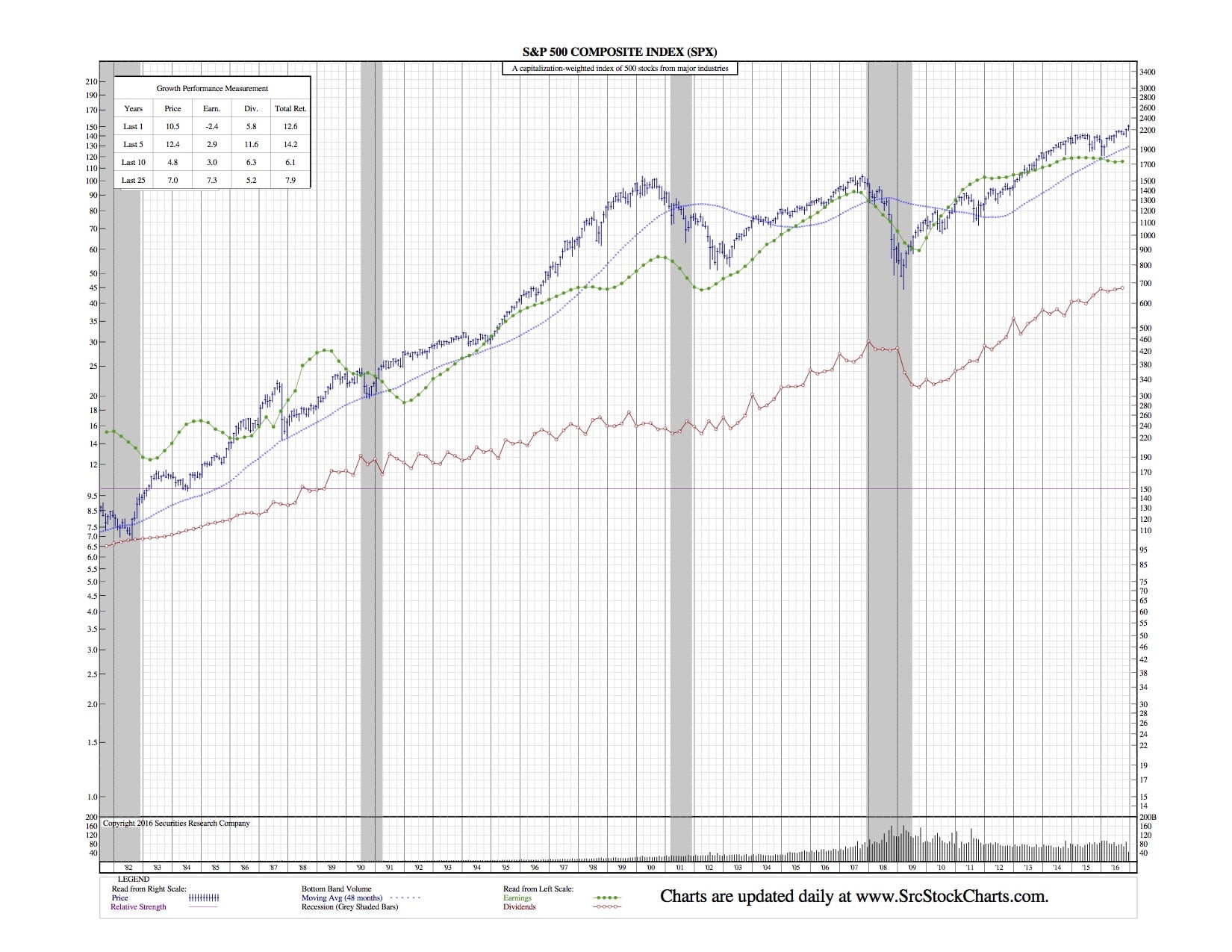