Starbucks is Launching its Teavana Across Asia – Does its 21-Month Chart Reveal a Buying Opportunity?

By J. Fife
Posted September 13, 2016
In Blog
Starbucks is Launching its Teavana Across Asia – Does its 21-Month Chart Reveal a Buying Opportunity?2016-09-132017-01-23https://www.securities-research.com/wp-content/uploads/src-logo-for-website-5.pngSecurities Researchhttps://www.securities-research.com/wp-content/uploads/src-logo-for-website-5.png200px200px
0 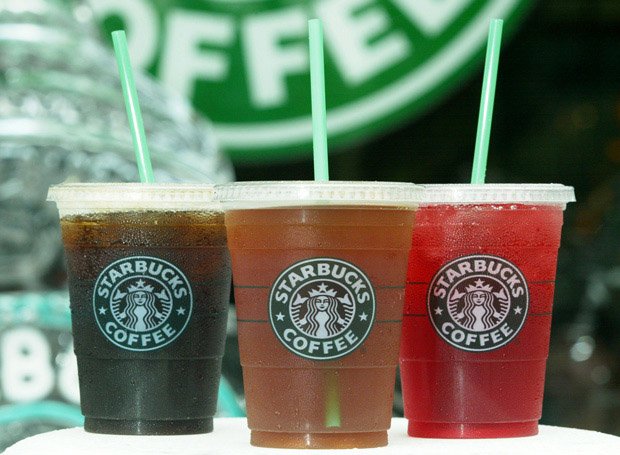 Starbucks is preparing to launch 6,200 locations of its tea brand, Teavana across 16 markets in China and the Asia-Pacific region.

Tea is a $125 billion global business and is the second-most consumed beverage in the world behind water, according to a company statement. In 2015, Starbucks’ U.S. tea business advanced by 12%, vs. a general U.S. sales growth of 7%. Over the next five years, the company hopes to grow its global tea business to $3 billion in annual revenue. (Bloomberg)

The 21-Month Chart:
$SBUX  has quite a few fundamental strengths; including its EPS growth, increased NOI, growing sales, and a strong cash flow from its operations that contain relatively low debt levels.
If Starbucks’ latest expansion is perceived as having potential, it may be exactly what the stock price has needed for the past 9 months of  somewhat stagnant movement. Then, if the new market proves to be successful, Starbucks becomes an even stronger long-term play as earnings and dividends will likely increase. 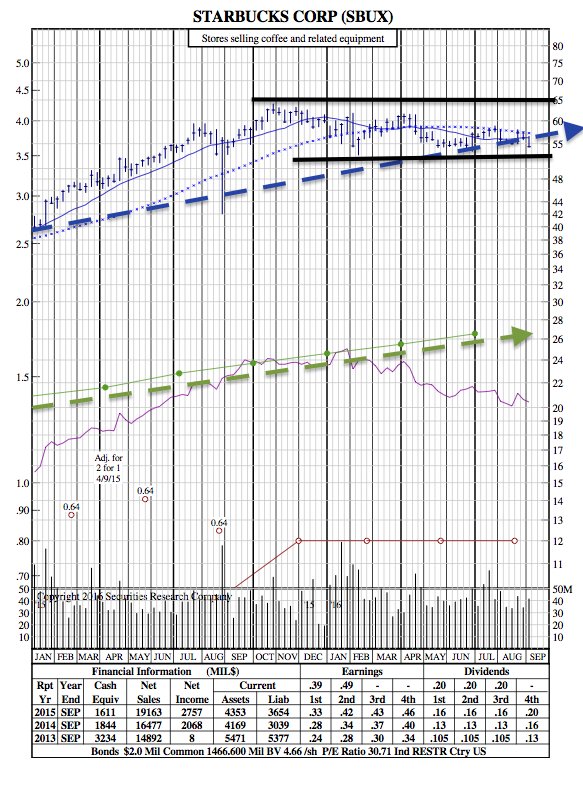