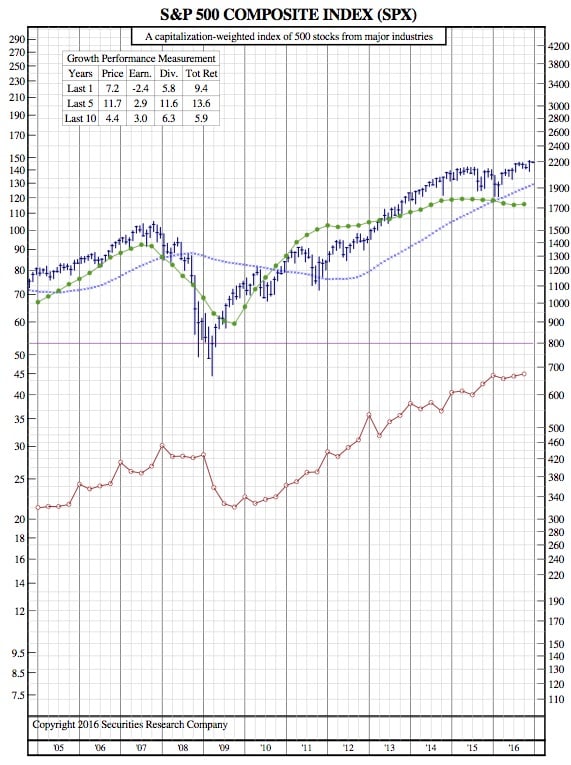 Yahoo Finance — Below is a summary of what Wall Street’s top strategists are telling their clients. 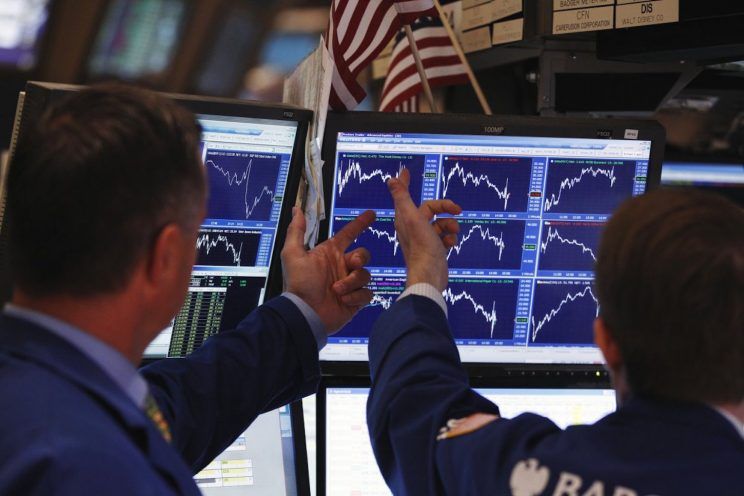 Bank of America, Savita Subramanian — Target: 2,300; EPS: $129
“…2017 could be anything but normal. We see fat tails and a binary set of outcomes. Against the backdrop of elevated valuations, slow growth and limited scope for credit expansion, our target and the recent rally are reliant on policymakers’ ability to deliver growth next year. Trump’s comments on trade and GOP comments on deficits/spending could drive big market swings in the coming months. Risk-reward will be more important than absolute targets. ”

Barclays, Jonathan Glionna — EPS: $127
“…Our base case forecasts indicate 3.4% growth in sales for the S&P 500 in 2017, after two years of stagnation. We expect a rebound in U.S. nominal GDP to underpin the recovery. Europe continues to offer dim prospects for sales growth although the more impactful drag comes from the U.S. dollar. While sales growth is the primary driver of EPS growth, costs certainly matter and wage inflation dampens our expectations…”

Canaccord, Tony Dwyer — Target: 2,340; EPS: $130
“…Despite the likelihood of a temporary pause in the upside given recent ramp, we remain buyers because: (1) our positive fundamental core thesis remains in place, (2) economic data and EPS continues to improve, and (3) our key tactical indicators suggest a favorable risk/reward environment…”

Citi, Tobias Levkovich — Target: 2,325; EPS: $129
“Trumped up could trickle down (to EPS)…Tax cuts could be quite stimulative to S&P 500 EPS. If one assumes a 20% statutory tax rate with no deductions versus a current effective tax rate running at near 27%, that might add as much as $12 of 2017 EPS to Citi’s current estimate of $129…A stronger US dollar is plausible if growth and inflation ensue, thereby limiting the earnings benefits. Higher rates from the Fed and possible “crowding out” plus inflation pushing bond yields upward are viewed as offsetting negatives especially if the dollar climbs and eats into earnings. Every 10% move in the greenback might shift EPS by around 2% on an annual basis and therefore must be tracked as well…”

Credit Suisse, Andrew Garthwaite — Target: 2,300; EPS
“Our judgement is that the rhetoric on protectionism and immigration will be toned down, while fiscal stimulus, corporate tax cuts, de-regulation and repatriation of cash held overseas are all potentially growth and EPS positive. Almost all of President-elect Trump’s policies are inflationary and thus support a bond-to-equity switch.”

Deutsche Bank, David Bianco — Target: 2,350; EPS: $130
“Republican sweep economic policies will be more about deregulation and tax cuts than protectionism or huge spending. We think so because big actions require legislation, which Congress will shape. This Congress is likely to resist surging deficits, protectionism and executive overreach… The corp tax rate is likely cut in the first 100 days and other proposed major corp tax code changes deferred… A 15% corp tax rate is unlikely, but if cut to 25% from 35% it would align with the OECD avg and likely raise the deficit by only ~0.5% of GDP until growth can offset it. Cutting to 25% cuts repatriation taxes on a permanent basis and will also provide small businesses that want to reinvest their profits for growth a more tax efficient alternative than pass through entities. A 25% corp tax rate, all else equal, would boost S&P EPS by $10 and support a quick S&P rally to 2300 and 2400 by 2017 end.”

Jefferies, Sean Darby — Target: 2,325; EPS: $131.90
“…Equities are benefiting from the unwinding of the momentum trade in fixed income and reach for yield, but a strong dollar will act as a ceiling for earnings and will tighten liquidity conditions…The valuation starting point for the S&P 500 is not kind and neither is the outlook for earnings (excluding corporate tax cuts). The good news is that wages are set to grow much faster than at any other point in this cycle. Four things to consider. DIMP. Dollar strength. Inflation. Margins. Pricing Power. However, the main headwind is higher US treasury yields. The major risk would be if US real interest rates climbed too quickly or if credit spreads were to widen dramatically.”

JPMorgan, Dubravko Lakos-Bujas — Target: 2,300 (by early 2017)
“Expectations of decreased regulation, favorable tax reform, increased fiscal spending, and less congressional gridlock should drive stronger revenue growth and higher net income margins. Further, the removal of election uncertainty and some form of cash repatriation should result in increased investment activity. Also, investor equity exposure is not high given de-leveraging ahead of elections; this combined with reflation could help reverse flows from bonds into equities.”

Morgan Stanley, Adam Parker — Target: 2,300; EPS: $128.70
“We expect uncertainty and volatility will be larger in 2017 than in previous years given the Republican Sweep and the impact this will certainly have on some policy. However, our gut instinct is to fade the current optimism about reflation and be long a little legislative gridlock relative to the consensus banter. After all, terms like ‘budget neutrality’ are probably not permanently extirpated from the American vocabulary just because DJT is the President-elect. For the coming year, we think it isn’t an ‘if’ but a ‘when’ to fade the reflation trade, but our best guess is that we stay long reflation until closer to inauguration and fade it sometime after that.”

RBC, Jonathan Golub — Target: “double digits”; EPS: $127
“We believe that rising earnings and multiples will push equity returns into the double digitsfrom our previous high-single-digit baseline. A pickup in inflation and rising business confidence should result in an acceleration in bottom-line growth…Multiples are likely to shift higher for three key reasons: (1) the direct impact of lower corporate tax rates; (2) the benefits of more normal nominal interest rates; and (3) improved business and investor optimism.”

Societe Generale, Roland Kaloyan — Target: 2,400
“In the US, the S&P500 should continue to be supported by higher growth, higher inflation and lower taxes, but the upside is limited given its already high valuation and higher Fed rates.”

UBS, Julian Emanuel — Target 2,300; EPS: $127
“…Age alone does not end the Bull – a recession, catalyzed by rising rates or an exogenous shock, has begun shortly after each major Top of the past 25 years. And while Fed hikes “start the clock”, neither valuation excesses nor signs of a recession are apparent. 2017 should see balance sheet strength, a return to earnings growth after a two year drought, and rising interest rates.” 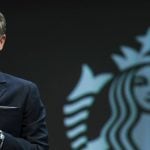 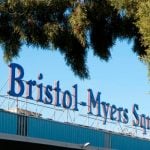