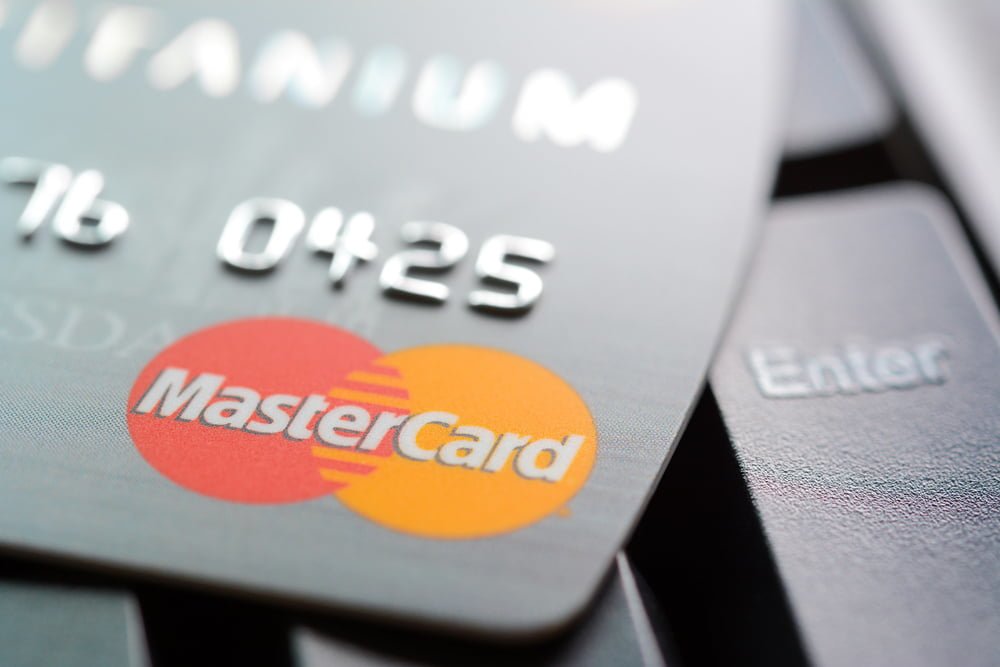 Shares of MasterCard closed Wednesday at $104.00, down 0.91%. The stock has made several new all-time highs since the company beat Wall Street’s Q3 estimates last week on both the top and bottom lines. The results prompted Barron’s to raise its 2016 earnings per share estimate to $3.77 from $3.63, which now stands at 6 cents above the Thomson Reuters consensus estimate of $3.71.

“For MasterCard’s full year, we assume net revenue growth of 11.2% and operating expense growth of 10.4%,” noted Barron’s. Based on this forecast, MasterCard is seen expanding its profit margin by 30 basis points, which the analysts expect will deliver higher earnings per share. For fiscal 2017, the publication also raised its EPS estimate to $4.38 from $4.24, which is 11 cents above the consensus estimate of $4.27 per share.

Barron’s noted that roughly six cents of the increase for fiscal 2017 assumes a lower tax rate of 28% versus 29%, “with the remainder of the upside originating largely from stronger net revenue growth,” Barron’s said. When taken in total, the 2017 EPS estimate implies year-over-year growth of 16%.

Why is that significant? Assuming that MasterCard reaches fiscal 2016 estimates of $3.71 per share, this would translate to 8% growth. Barron’s, which expects MasterCard to grow at 10% in fiscal 2016 (based on $3.77 per share), is now projecting the New York-based company to accelerate that growth by six percentage points in one year.

Notably, in the third quarter, MasterCard’s strong beat was achieved even as its interest expenses increased to $23 million from $15 million in the year-ago quarter. Assuming the company’s interest expenses continues to grow, this could pressure its earnings per share. On the positive side, the company still has some $2.1 billion remaining under its current stock buyback program, which is known to work wonders for boosting earnings per share.

MasterCard has had an impressive 5 years. The price per share has risen nearly 23%, earnings up 15.6%, and dividends have greatly increased 66%.

MasterCard has continued its return momentum over the past 10 years. Its 10-Year total return average is 26% compared to its 5-Year TRA of 23%. 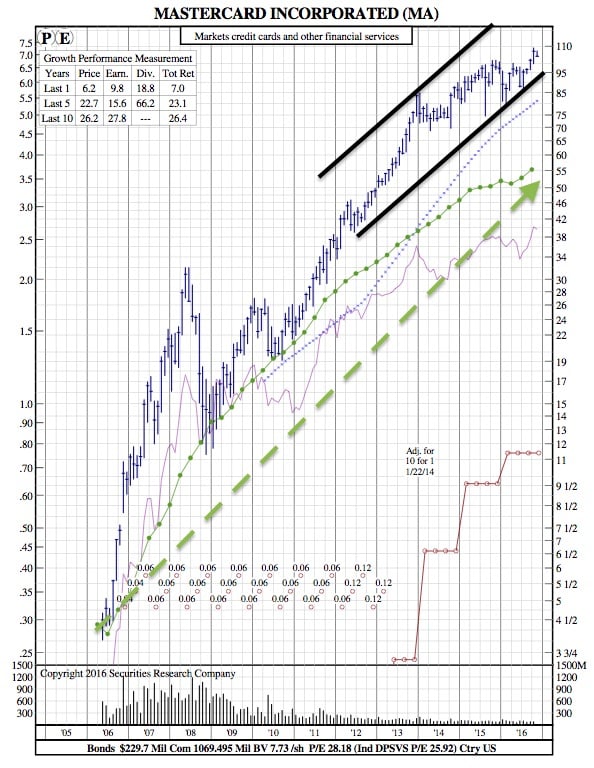 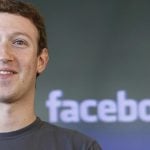 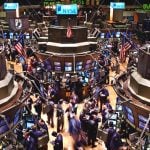 A Review of the Week’s Most Notable Moments; Stocks do Something They Haven’t Done Since 2008Blog