The Street — Stocks added to gains on Friday, July 14, with the S&P 500 and Dow Jones Industrial Average on track to close at records.

Boeing Co. (BA) moved higher after the aircraft manufacturer was upgraded to overweight from neutral by analysts at JPMorgan. Its price target was also raised to $240 from $205. The firm is bullish on the entire aircraft making industry thanks in part to efforts by Boeing to shape the sector. The firm sees Boeing’s efforts potentially leading to stronger performances among its peers.

Walmart Stores Inc. (WMT) rose 1.8% on Friday after Goldman Sachs upgraded its rating to buy and added the stock to its Conviction List. Analysts set a price target of $84. Analysts are positive the retailer can deal with increased e-commerce demand.

The second-quarter earnings season got off to a poor start on Friday with a number disappointments from notable leaders in the banking sector.

J.P. Morgan Chase & Co. (JPM) reported stronger-than-expected profit and revenue in the second quarter as lending activity increased. Profit rose to $1.82 a share, up from $1.55 a share a year earlier and above consensus of $1.59. Revenue of $26.41 billion exceeded forecasts of $24.96 billion.

Citigroup Inc. (C) exceeded profit and revenue estimates for its recent quarter. Net income of $1.28 a share was 4 cents higher than a year earlier and topped estimates by 7 cents. Revenue of $17.9 billion came in higher than an estimate of $17.4 billion. Trading and fixed income revenue each declined by 6%, while equity trading increased 11%.

Wells Fargo & Co. (WFC) reported a rise in net income during its second quarter. Profit rose 6% on a per-share basis, coming in at $1.07 a share. Analysts expected $1.01 a share. Revenue was unchanged at $22.2 billion, slightly weaker than estimates.

Citigroup and Wells Fargo are holdings in Jim Cramer’s Action Alerts PLUS Charitable Trust Portfolio. Want to be alerted before Cramer buys or sells C and WFC? Learn more now.

Overall, analysts anticipate another quarter of above-average strength. CFRA Research said it anticipates 6.2% year-over-year earnings growth among S&P 500 companies, better than a 1.7% earnings decline seen in the same quarter a year earlier. The energy sector is expected to lead the pack, recovering from weakness over the previous two years.

There are three reasons why this market is overvalued, Christopher Versace wrote over on our premium site for investors, Real Money. Get his insights with a free trial subscription.

U.S. inflation numbers continued to come in weak. The consumer price index was flat in June, disappointing analysts looking for a 0.1% increase. Core consumer prices, excluding food and energy, increased by 0.1% last month. Consumer prices over the past 12 months dipped to a growth of 1.6%, down from 1.9%, while core inflation held at 1.7%.

Industrial production in the U.S. rose at a faster-than-expected pace. Production rose by 0.4% in June, 10 basis points higher than expected. Activity accelerated after a flat reading in May. Capacity utilization held at 76.6%.

Consumer sentiment unexpectedly weakened in July, according to a preliminary reading from the University of Michigan. The consumer sentiment index dropped to 93.1 from 95.1 in June. Analysts anticipated a flat reading. A drop in consumer expectations was responsible for the decline.

Sprint Corp. (S) increased more than 3% on reports the company is courting an investment. Billionaire investor Warren Buffett and media mogul John Malone reportedly met with Sprint Chairman Masayoshi Son to discuss an investment in the telecom, according to The Wall Street Journal.

Steel stocks such as AK Steel Holding Corp. (AKS) and United States Steel Corp. (X) were on watch on Friday as President Donald Trump considered quotas and tariffs to deal with steel dumping from China and other countries. Trump’s considerations come despite warnings from leading economists and many within his own orbit that such a maneuver could have damaging consequences.

“They’re dumping steel and destroying our steel industry, they’ve been doing it for decades, and I’m stopping it. It’ll stop,” he told reporters aboard Air Force One during a flight from the United States to France, Reuters reported on Thursday. “There are two ways — quotas and tariffs. Maybe I’ll do both.”

Healthcare stocks rose on Friday, seemingly unperturbed by the Senate GOP’s struggle to whip up support for its repeal-and-replace bill. The latest revision to the health care bill has not garnered much support — two Republicans (Sens. Susan Collins and Rand Paul) already have said they will not vote “yes” and there are a number of reportedly undecided Republicans. 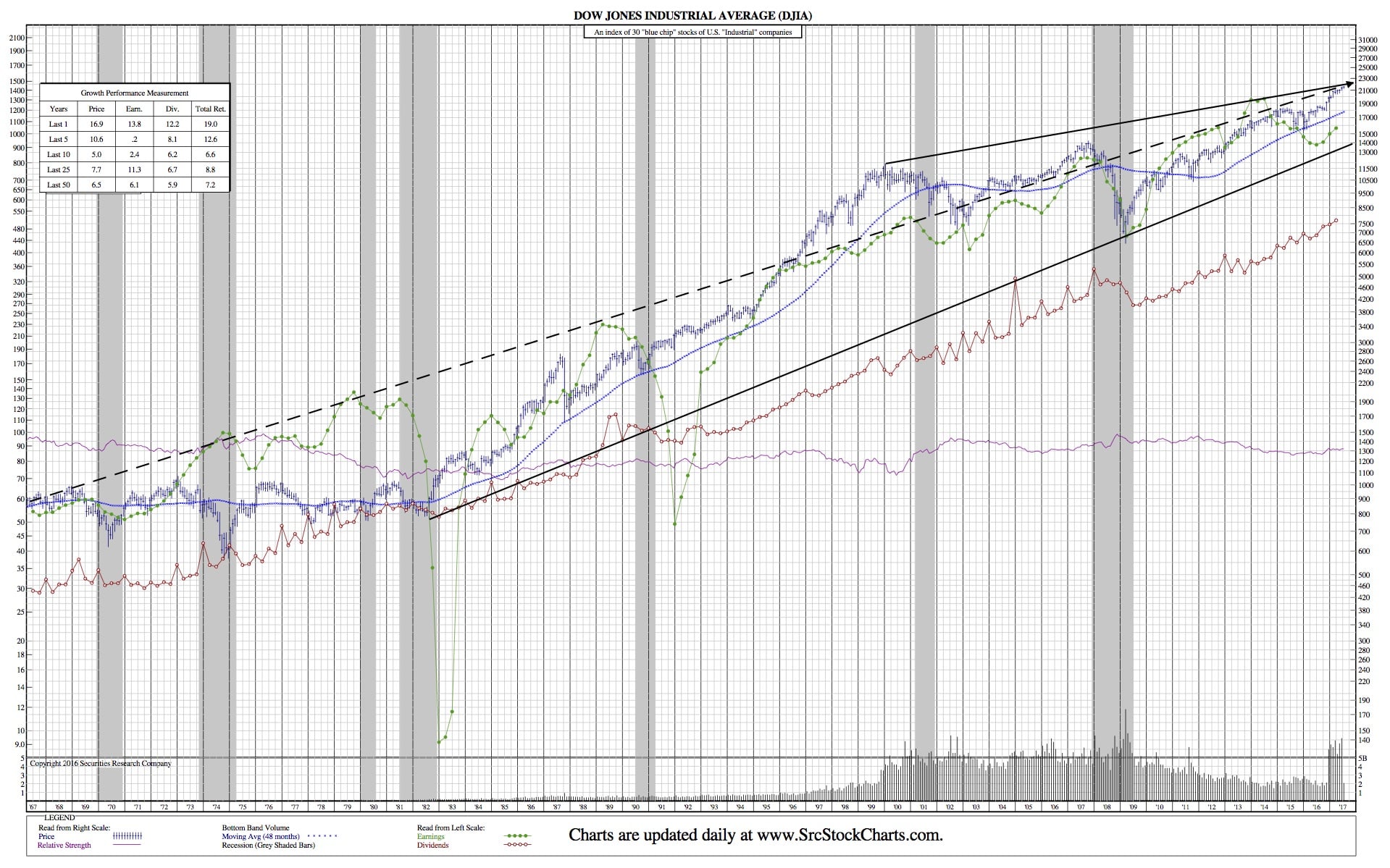