TechCrunch — For the second quarter in a row, Netflix has handily beaten industry watchers — and its own expectations — in adding a mountain of additional new subscribers.

Netflix today said it added 5.2 million additional new subscribers this quarter, a number well above the 3.2 million new subscribers additions that it set itself — and the stock promptly jumped nearly 9%. More than 4 million of those new subscribers are international viewers, and it still added more than 1 million domestic subscribers despite its big push into markets beyond North America.

As usual, the subscriber numbers are the ones Wall Street cares about. Netflix can do what it can to alter the calculus of its operations in order to juice out a better earnings report, but subscriber growth — like user growth for Facebook and anything along those lines — are what will determine the future fiscal success of the company. Netflix dominates locally, but international audiences represent a much more tantalizing opportunity that it has to grow into.

It seems that its portfolio of original content is resonating beyond just domestic markets as well. There’s a little bit of linguistic gymnastics happening in its report today, but there is one line to note here: its international segment now accounts for around half of its total membership base, and the company expects “positive international contribution profit for the full year 2017.” That last bit is a bit confusing, but it does signal that its international business seems to be more robust than initially anticipated.

“In Q2, we underestimated the popularity of our strong slate of content which led to higher-than-expected acquisition across all major territories,” the company said in its earnings report.

The company in January said its net subscriber additions came in at 2 million domestically and 5 million internationally, well above what Wall Street expected at the time. Netflix has made big bets on content domestically, but it’s also had to figure out ways to grow that international audience as the company has started to make a larger push there as it increasingly saturates domestic eyeballs. Netflix has lately referred to the success of some of its international first-party content like its original series 3%.

These bets on high-quality original content seem to be paying off. Netflix racked up a large number of Emmy nominations this year. The trick, still, is to parlay those Emmy-quality shows into growth in its subscribers — and make them attractive to both domestic audiences and international ones while it starts to fill in the demand gaps abroad. Netflix expects to spend $6 billion on original content this year, and as its users demand more and more content, that number may only rise. 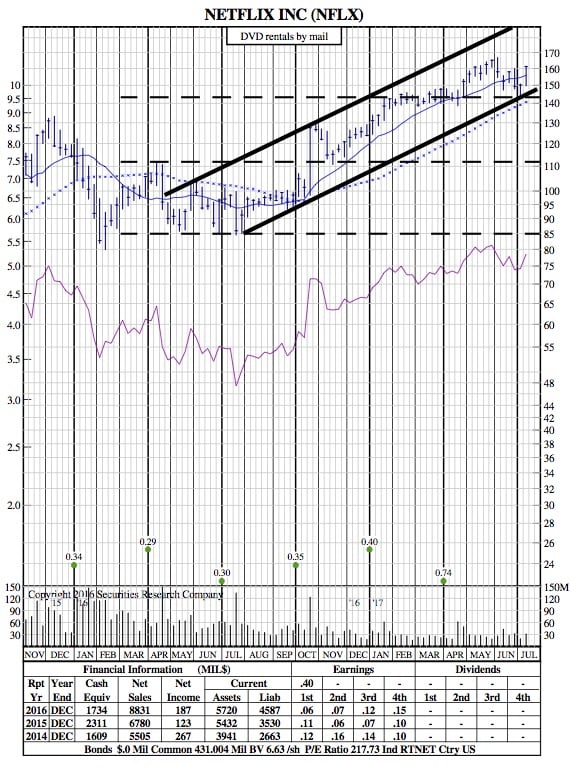