In a statement Friday morning, the online retailer said it would buy the high-end grocer for $42 per share, more than the $33.06 per share Whole Foods closed at on Thursday.

The deal is Amazon’s biggest deal ever, topping the $1.2 billion the company paid for online footwear retailer Zappos in 2009.

Amazon CEO Jeff Bezos said, “Millions of people love Whole Foods Market because they offer the best natural and organic foods, and they make it fun to eat healthy.

“Whole Foods Market has been satisfying, delighting and nourishing customers for nearly four decades — they’re doing an amazing job and we want that to continue.”

John Mackey, the CEO of Whole Foods, will remain CEO of the company and its headquarters will remain in Austin, Texas. The companies expect the deal to close in the second half of this year.

Earlier this week, Mackey made headlines after calling activist hedge fund investors Jana Partners “greedy bastards” in an interview with Texas Monthly. Jana Partners earlier this year disclosed it had acquired an 8.3% stake in Whole Foods and said it would seek talks with company management. Yahoo Finance’s Julia La Roche estimates Jana made $260 million on its position in Whole Foods.

For Whole Foods shareholders, the last few years have been trying. Over the last five years, shares of the grocery are down 30%, and the stock’s closing price on Thursday was roughly 50% below the more than $60 per share the stock traded at back in October 2013.
Amazon’s deal for Whole Foods comes as the online retailer has made ever-larger moves into the grocery and fresh food space, which has been a battleground for online retailers that have been trying to shake up the grocery space for years.

This deal also follows Amazon’s initial forays into its own physical retail locations, as the company has opened up a few bookstores across the country, most recently in New York City. Also, recall that back in December 2016, Amazon released a video previewing what it called “Amazon Go” stores, in which customers would enter the store, pick out goods, and simply leave with their Amazon accounts being automatically charged via mobile phone.

Amazon’s desire, then, to move its retail operations offline and into more traditional brick-and-mortar channels has been made clear in recent years.

Following the announcement of Amazon’s deal for Whole Foods, shares of Walmart (WMT) were down about 6% after the retailer concurrently announced a deal to acquire menswear brand Bonobos for $310 million cash.

Shares of grocer Kroger were down 13% in early trading after the Amazon-Whole Foods deal was announced. Sprouts Farmers Market, a smaller organic grocer that competes with Whole Foods, was also down 11% in early trade on Friday. 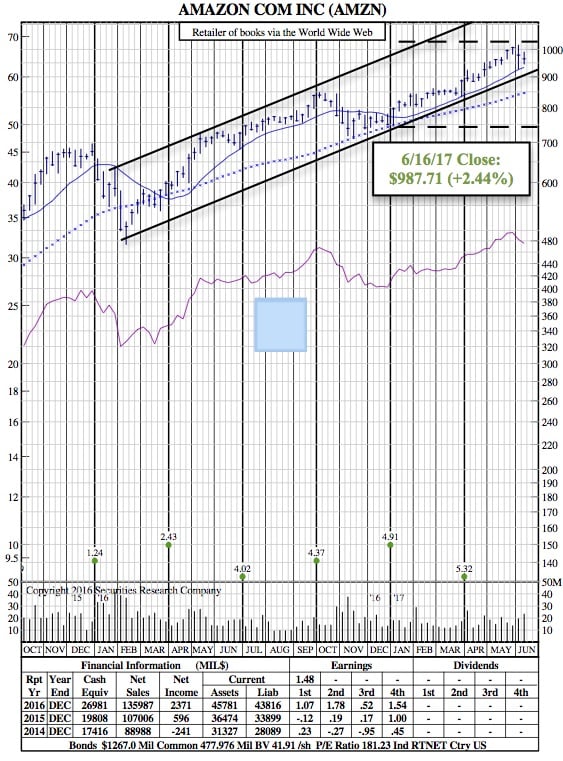 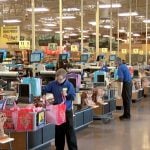 Is it Time to Abandon Kroger after the Amazon Blow? (21-Month Chart)Blog