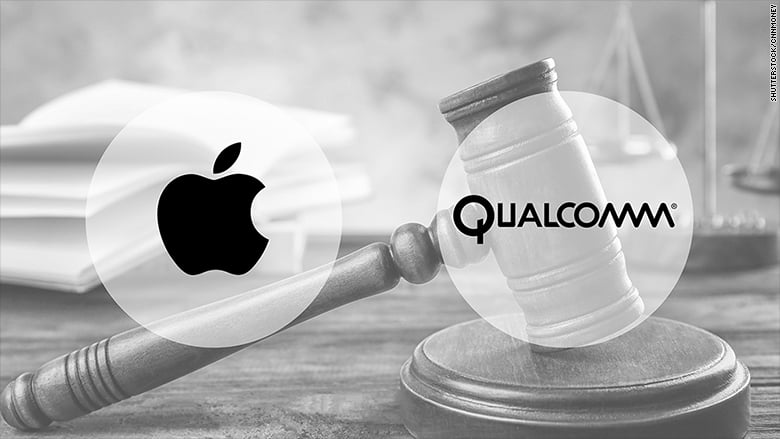 Apple has allegedly infringed on six of Qualcomm’s patents, including technology that improves iPhone battery life, according to Qualcomm. Now Qualcomm wants Apple to pay damages.

“Apple continues to use Qualcomm’s technology while refusing to pay for it,” Don Rosenberg, executive vice president and general counsel of Qualcomm, said in a statement.

Qualcomm ultimately wants regulators to investigate which phones use cellular processors from Qualcomm’s competitors, and halt sales of iPhones that violate the patents. Qualcomm said it has filed complaints in the U.S. District Court for the Southern District of California and with the United States International Trade Commission.

It’s not immediately clear how many iPhones that would affect.

“We believe deeply in the value of intellectual property but we shouldn’t have to pay them for technology breakthroughs they have nothing to do with,” Apple said. “We’ve always been willing to pay a fair rate for standard technology used in our products and since they’ve refused to negotiate reasonable terms we’re asking the courts for help.”

The suit is the latest battle in an ongoing war between the two California technology companies, one that experts say could set the tone for how courts treat innovation.

Apple in January sued Qualcomm for roughly $1 billion, claiming Qualcomm has been “charging royalties for technologies they have nothing to do with.” The fight with Apple has weighed on Qualcomm, which has been hoping that a wave of new data standards, such as 5G, will keep it ahead of rivals like Intel.

Qualcomm had to slash its financial expectations for the fiscal third quarter, in case Apple affiliates withhold payments from Qualcomm. A slew of Wall Street analysts have lowered their expectations for Qualcomm.

“Without an agreed-upon rate to determine how much is owed, we have suspended payments until the correct amount can be determined by the court,” Apple said.

Qualcomm has separately been under investigation by the Federal Trade Commission, which alleged that Qualcomm used its exclusive relationship with Apple to keep competitors from getting stronger.(Qualcomm has said this investigation is based on “flawed legal theory” and “a lack of economic support.”)

Apple CEO Tim Cook has compared Qualcomm’s business practices to “buying a sofa” from a company that charges “a different price depending on the house that it goes into.”

“Despite being just one of over a dozen companies who contributed to basic cellular standards, Qualcomm insists on charging Apple at least five times more in payments than all the other cellular patent licensors we have agreements with combined,” Apple has said.

But Qualcomm’s defenders say that Apple has minimized Qualcomm’s contributions to the iPhone.

“Qualcomm spent billions of dollars developing critical technologies that Apple now seems to want to be able to have access to for free or next to nothing,” wrote Daniel Newman, principal analyst at research firm Futurum Research. 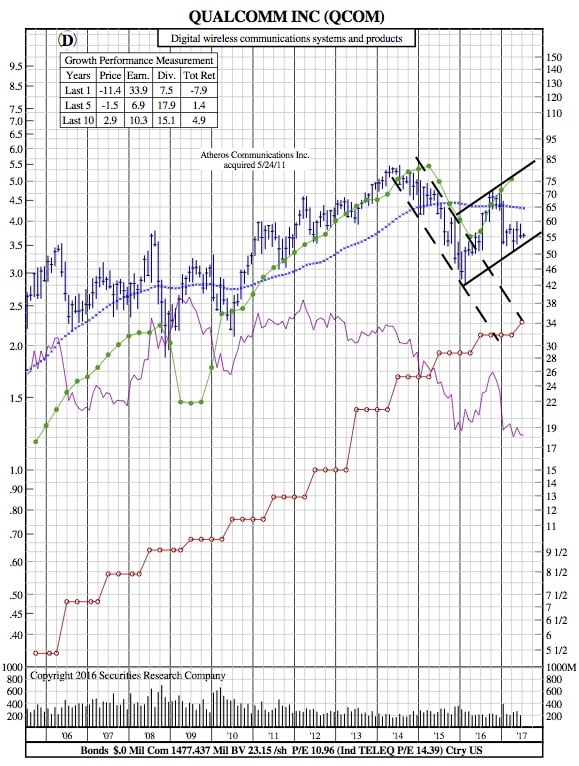