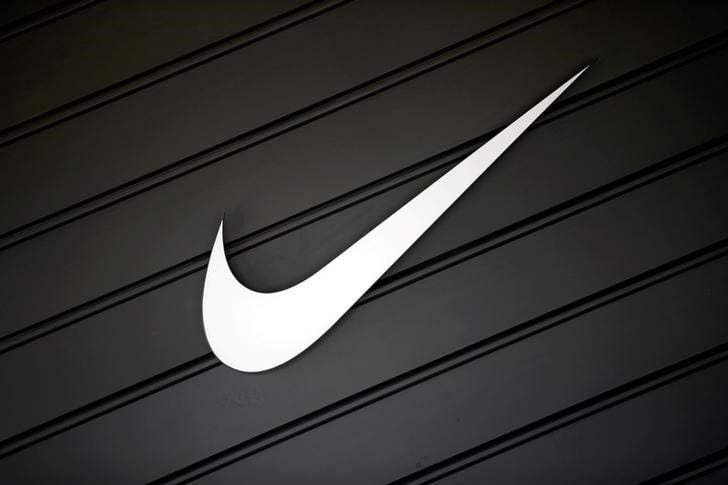 CNBC — Nike reported fourth-quarter earnings and sales Thursday that topped Wall Street’s expectations, also confirming a major deal with a rival retailer that Nike has avoided working with in the past: Amazon.

On a call with analysts and investors, Nike’s management team confirmed a new pilot with Amazon, where the retailer will directly sell a limited product assortment on Amazon’s U.S. e-commerce platform. The offerings will include athletic footwear, apparel, and accessories.

This is a move Nike has refused to make for decades, instead focusing efforts on its own digital marketplace. Though, reports began to surface earlier in the week that Nike was finally looking to reverse course.

Nike agreed to sell to Amazon in exchange for stricter policing of counterfeits and restrictions on unsanctioned sales of its products, a person familiar with the deal had told The Wall Street Journal.

Nike hopes to “improve the Nike consumer experience on Amazon,” CEO Mark Parker said Thursday, adding that the company is still in the early stages of this partnership and will continue to evaluate sales results.

On the earnings front, Oregon-based Nike said its international geographies and direct-to-consumer businesses fueled sales growth in the latest quarter and for the full year. Nike was also able to keep its costs down.

Here’s what the company reported vs. what Wall Street was expecting:

“[Nike] continues to create both near-term wins in today’s dynamic environment and a lasting foundation for future growth,” CEO Parker said in a statement.

“[W]e’re putting, even more, firepower behind our greatest opportunities in Fiscal 2018,” Parker added. “It will be a big year for … innovation and we’ll bring those stories to life through deeper consumer connections in our key cities around the world.”

Total revenues climbed 5.3 percent to $8.68 billion. Notably, sales for the Nike brand came in at $8.1 billion, up 7 percent on a currency-neutral basis and driven by double-digit growth in Western Europe, Greater China and emerging markets. Nike’s sales in Greater China, for example, rose 11 percent.

Revenues for Converse, another popular Nike nameplate, were $554 million, up 10 percent on a currency-neutral basis and boosted by a market transition in Italy, the retailer said.

With more competition in the sector, price hikes haven’t been enough to make up for foreign exchange headwinds and increased sales at off-brand stores, Nike said at the time.

On the company’s third-quarter earnings conference call, CEO Mark Parker said the company was going to “double down” on its efforts in innovation, the supply chain and the Nike marketplace, in order to drive success over the long term.

During Thursday’s call with analysts and investors, Parker reflected that 2017 was a “year for making aggressive moves,” setting the retailer up for accelerated growth.

Although retail is a tough spot to be in these days, Nike should be seen benefiting from new product innovation platforms, competitive pricing on premium products, increasing endorsements outside of athletes, and by monitoring competition from Under Armour, Credit Suisse analyst Christian Buss wrote in a recent note to clients.

Meanwhile, rival retailer Adidas continues to gain market share and has been able to offset softer demand in certain areas of its business, Buss said. Adidas has been a growing threat for Nike of late.

Just earlier this month, Nike announced plans to cut about 2 percent of its global workforce, and also initiated a new business structure. The company is trimming its geography segments from six to four: North America; Europe, Middle East and Africa; Greater China; and Asia Pacific and Latin America.

Looking ahead to fiscal 2018, Nike told analysts and investors Thursday it expects to deliver sales growth in the mid-to-high single digit range. Looking at fiscal 2019 and beyond, Nike added it expects negative impacts of foreign exchange rates to be behind the company, positioning Nike to expand profitability. 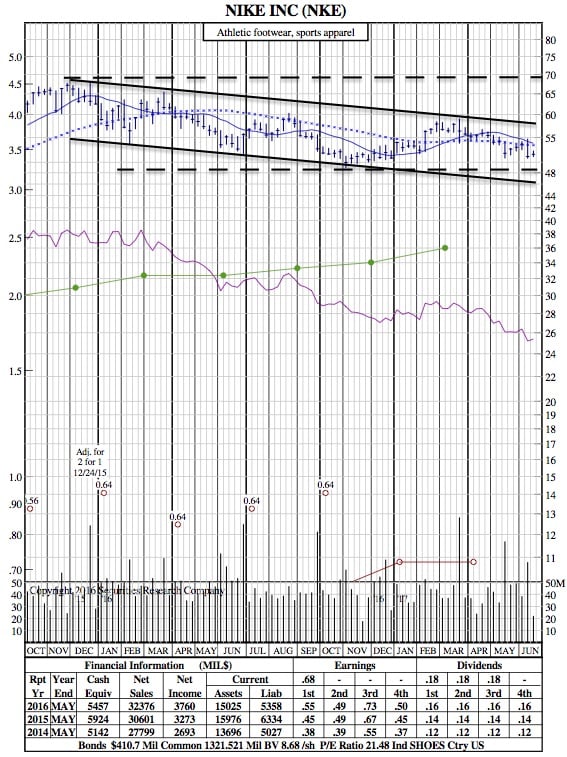 Nike’s stock had closed Thursday down a little less than half a percent. As of Thursday’s close, shares of Nike have fallen about 3.5 percent over the past 12 months, though the stock is up 4.6 percent in 2017.

With June Coming to an End, Here are the Dow’s Top Performers YTD (12-Year Charts)Blog