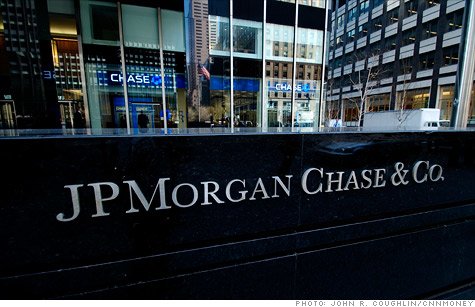 WSJ — The biggest bank in the U.S., J.P. Morgan Chase & Co., will kick off the first-quarter earnings season on Thursday and investors are expecting a bounce in trading results after a weak 2016.

J.P. Morgan JPM, -0.17% Chief Executive Jamie Dimon has said his bank has benefited in fixed-income trading from the exit from that business by many European banks that are struggling with new capital requirements that have made some businesses unprofitable. Fixed-income, currencies and commodities trading all rebounded in 2016 after a long period of weakness that led many to cut staff on trading desks.

The big U.S. banks were key gainers immediately after the surprise election of President Donald Trump in November, partly fueled by expectations his administration will roll back some of the rules put in place after the 2008 financial crisis to avoid a repeat. But bank stock gains have been pared in recent months as those same expectations have been scaled back.
The pullback “is solely a function of policy uncertainty out of Washington, with market participants tempering expectations for tax and regulatory reform in the wake of the health care standoff,” said Sheraz Mian, research director at Zacks. “This reaction likely makes sense. But we do want to point out that the overall backdrop for this industry remains very favorable, particularly given the Fed’s monetary policy stance.”
As e-banking technology has improved, the number of bank branches is expected to fall by a third in the next decade. But rather than get rid of branches altogether, banks are trying to give them makeovers to get customers to still come in.

In his annual shareholder letter published last week, Dimon called for simpler and better-coordinated rules that would encourage lending and promote growth. Dimon said it would be unwise “to throw out the entirety of Dodd-Frank or other rules” but said it would be “appropriate to open up the rulebook.” Dimon is a member of Trump’s business council of 16 top executives.

Essentially, “too big to fail has been solved,” he wrote, “taxpayers will not pay if a bank fails.” He argued for a winding back of capital constraints that he said are tying up money that could support billions of dollars in loans. He also argued against the “gold plating” of international standards, referring to the stricter rules demanded of U.S. banks compared with their international peers, which he said would free up more capital for lending without damaging the safety of the system.

Investors can expect some update on the impact of the Federal Reserve’s December interest-rate increase on net interest margins. And analysts are expected to seek commentary on other Trump agenda items, including corporate tax reform, as well as the geopolitical outlook following last week’s missile strike on a Syrian air base.

J.P. Morgan is expected to have benefited from an improvement in capital markets, where deal flow in the IPO and M&A markets have picked up. There were 25 IPOs in the first quarter compared with nine in the year-earlier period, with Snap Inc.’s $3.4 billion deal marking the largest U.S. deal since Alibaba Group Holding Ltd.’s offering in 2014. J.P. Morgan was one of the underwriters on the deal. 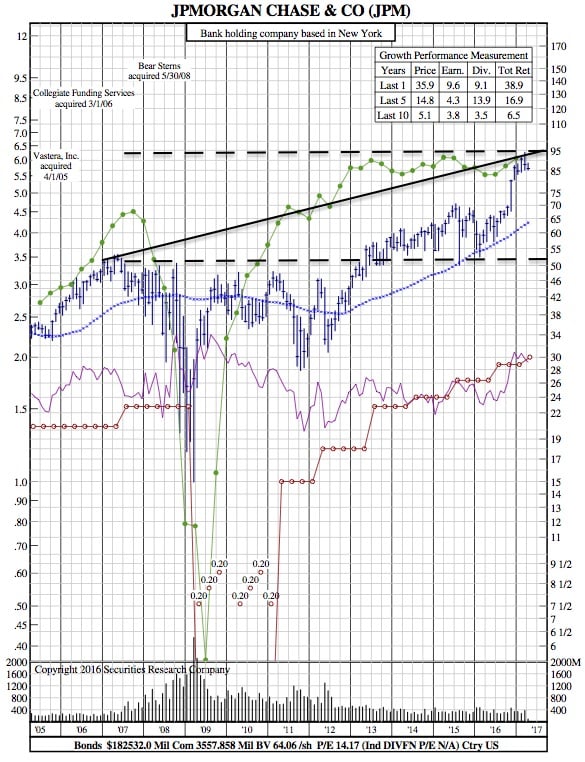 Here is what to expect from J.P. Morgan earnings:

Earnings: The bank is expected to report first-quarter per-share earnings of $1.52, according to FactSet, up from $1.35 in the year-earlier period. Estimize, which crowdsources estimates from sell-side and buy-side analysts, hedge funds, academics and others, is expecting EPS of $1.55.
Revenue: FactSet analysts are forecasting revenue of $24.72 billion, up from $24.08 billion a year go. Estimize analysts are expecting revenue of $24.806 billion. 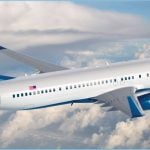