“Cognitive dissonance exists in the US stock market,” Goldman Sachs’ David Kostin said. “S&P 500 (^GSPC) is up 10% since the election despite negative [earnings per share] revisions from sell-side analysts.”

Earnings and expectations for earnings growth are the most important drivers of stock prices in the long run. In the short run, however, earnings and prices will often diverge.

“Investors, S&P 500 management teams, and sell-side analysts do not agree on the most likely path forward,” Kostin continued. “On the one hand, investors, corporate managers, and macroeconomic survey data suggest an increase in optimism about future economic growth. In contrast, sell-side analysts have cut consensus 2017E adjusted EPS forecasts by 1% since the election and ‘hard’ macroeconomic data show only modest improvement.” 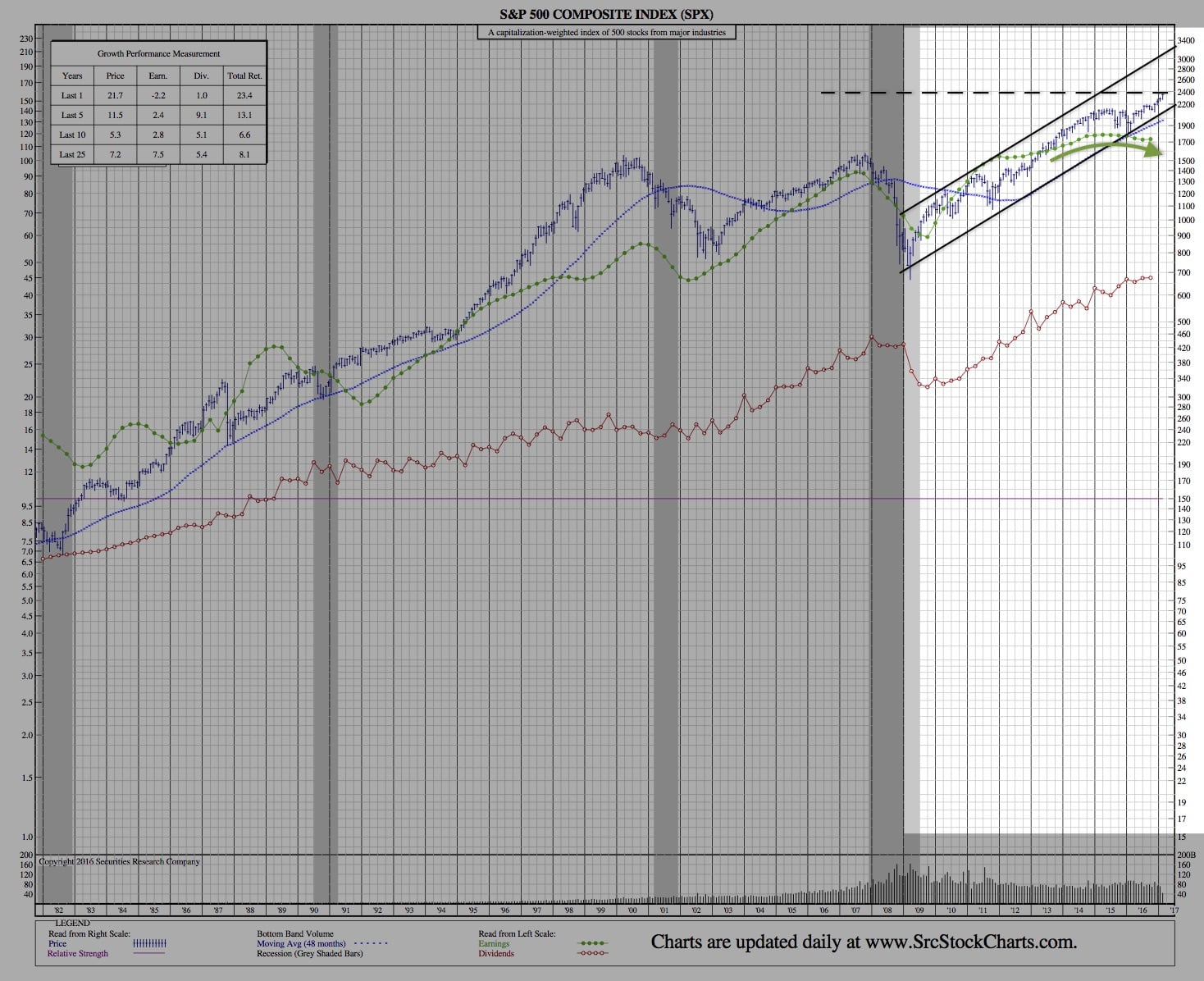 Much of the post-US election rally in the stock market has been attributed to President Donald Trump’s promises for tax cuts and deregulation. However, this bullish narrative has been tempered by Trump’s protectionist trade rhetoric and the elevated uncertainty in the global geopolitical environment.

There’s also the well-known fact that politics is hard, and so it may be premature to price in Trump’s business-friendly positions. This seems to explain why analysts’ projections for earnings have yet to be revised up.

Goldman Sachs analysts have made no secret about their cautious attitude toward the market. In a note outlining expectations for the S&P 500 in 2017, they argued “hope” would drive the index to 2,400 before “fear” takes over pulling the index back down to 2,300 by year-end.

“We are approaching the point of maximum optimism regarding policy initiatives,” Kostin said. “We expect investors will soon de-rate their expectations of potential 2017 EPS growth as they face the reality that the accretive impact from tax reform will not occur until 2018.”

With that in mind, Kostin recommends against trying to trade the “winners” and “losers” from potential reform.