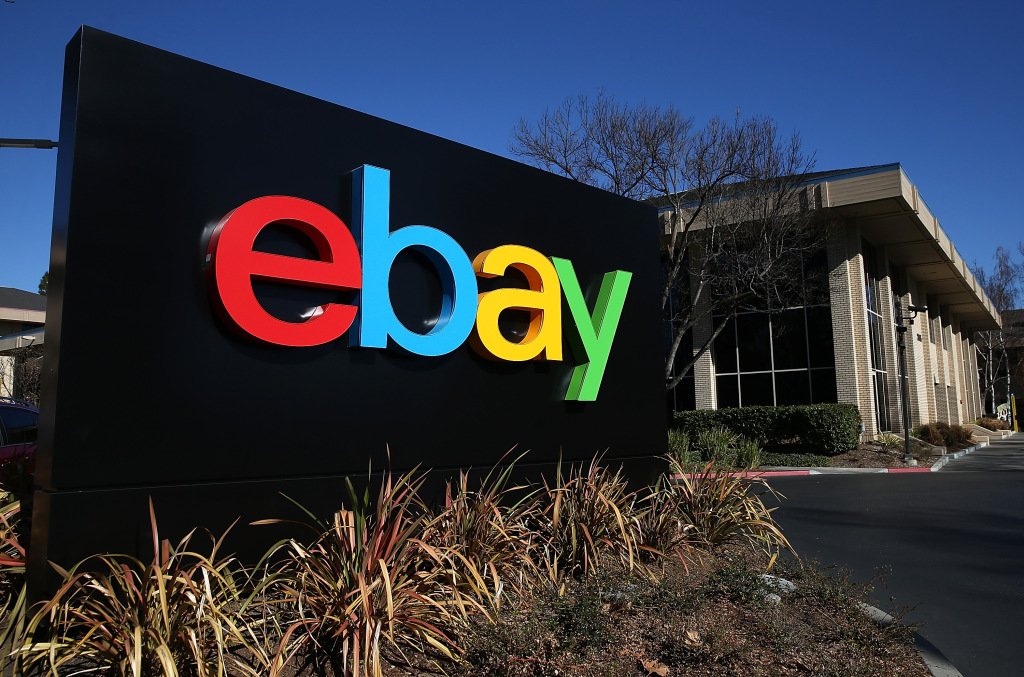 The company, known best as an auction site, said its revenue rose to $2.22 billion from $2.10 billion.

EBay has been offering a bigger selection of products and more brands and requiring sellers to give more details on products to attract younger shoppers and better compete with Amazon.com Inc (AMZN) and brick-and-mortar retailers that are beefing up their online presence.

Does the future of eBay Inc (NASDAQ: EBAY) lie in its efforts to transform itself from a classified ads platform to an online marketplace or in its ticket reseller subsidiary StubHub?

Both divisions have been growing in the aftermath of EBAY’s spinoff (noted in chart below) of powerhouse subsidiary PayPal Holdings Inc (NASDAQ: PYPL). EBAY reported double-digit revenue gains for StubHub in the previous quarter, as well as its best gain since 2014 in U.S. merchandise volume on the eBay platform. Did that happen again in Q3? Among the strategic imperatives on the EBAY site that interests some analysts is its structured-data initiative—an effort to better categorize merchandise for a broader reach on search engines. Success in this initiative would speed up user buys and improve the shopping experience, as well as reduce the costs of stepping up traffic to the site. Might better-structured data become a bigger revenue driver in 2017? (MarketWatch)

Since the sale of PayPal, it appears as if eBay’s price trajectory is rising at a similar rate prior to the spinoff – noted in the channels. What’s most alarming, however, is the 36% decline in earnings over the past year.

The last time earnings and price intersected (15:1) back in 2012, the two indicators were strongly correlated; so it will be interesting if price follows the bearish earnings trend moving forward. 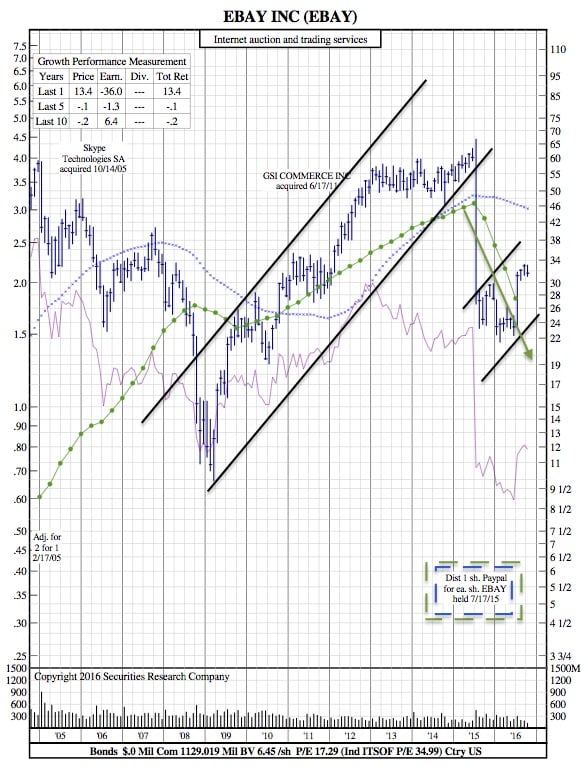 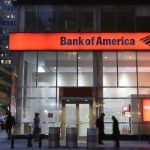 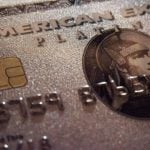