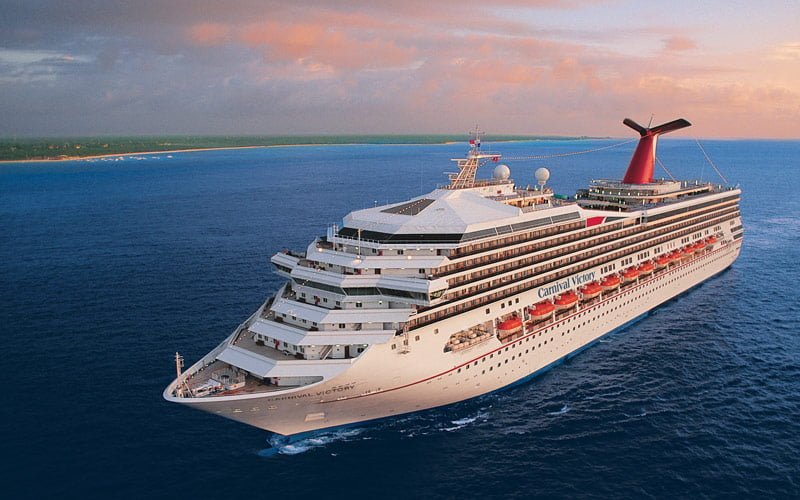 The company, which operates Carnival Cruise Lines as well as the Princess, Cunard and Holland America lines, said bookings for the first half of next year are running higher than the year-earlier period at considerably higher prices. Meanwhile, booking volume since June is lower because there is less inventory available, Carnival stated. Chief Executive Arnold Donald said in prepared remarks said revenue for the peak summer season was bolstered by strong performances from its North American and European brands and across its major venues including the Caribbean, Alaska and Europe. (WSJ)

Does the 12-Year Chart Indicate That Carnival is Ready for a Breakout?

Earnings are up nearly 27% in the last year, so what is the explanation for the 5% decrease in price? One simple reason may be the recent Zika scare; although $CCL didn’t mention that the virus had any impact during its press release today. So assuming the scare has passed (which can be inferred given the bookings increase noted above), it appears that Carnival is primed for a breakout fueled by strong earnings and a 40% rise in dividends over the past year. 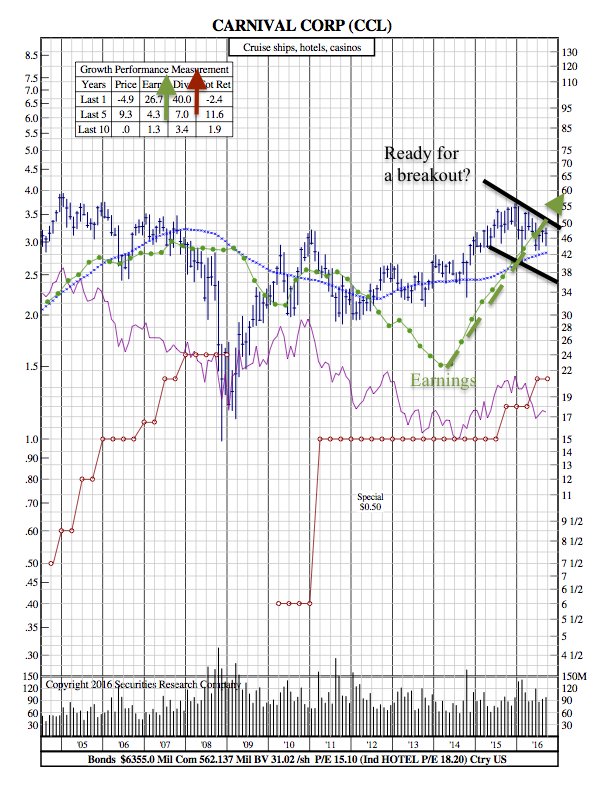