Elon Musk’s latest announcement. Is Tesla Primed for a Breakout?

Yesterday Tesla ($TSLA) announced that new versions of their Model S sedan and Model X crossover will both accelerate faster and have a longer battery range.

As for to ability to upgrade, the P90D Ludicrous owners of both the S and X will be able to do so for $20,000. Ludicrous mode originally debuted as a $7,500 hardware upgrade to the P85D, that boosted the current from the battery and delivered more power to the motor. (CNBC)

“I think this is going to send a great message to the public that sustainable transport is the future,” CEO Elon Musk said.

With yesterday’s announcement, it begs the question: Is Tesla primed for a breakout?

When we look at the SRC 21-Month chart, it appears this may very well be the catalyst to propel $TSLA to the next level. 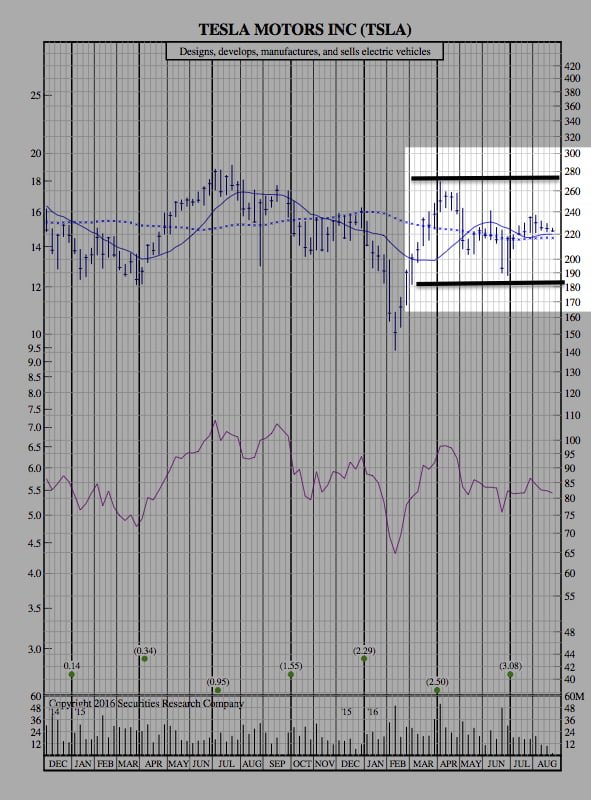 As you can see, Tesla’s price has been relatively stable (esp. when looking at the SMA) for the past 5 months and feels ready to break one way or the other. That being said, when we look at the delivery history/forecast below, it starts to feel as if Tesla is ready to stretch its legs and run.