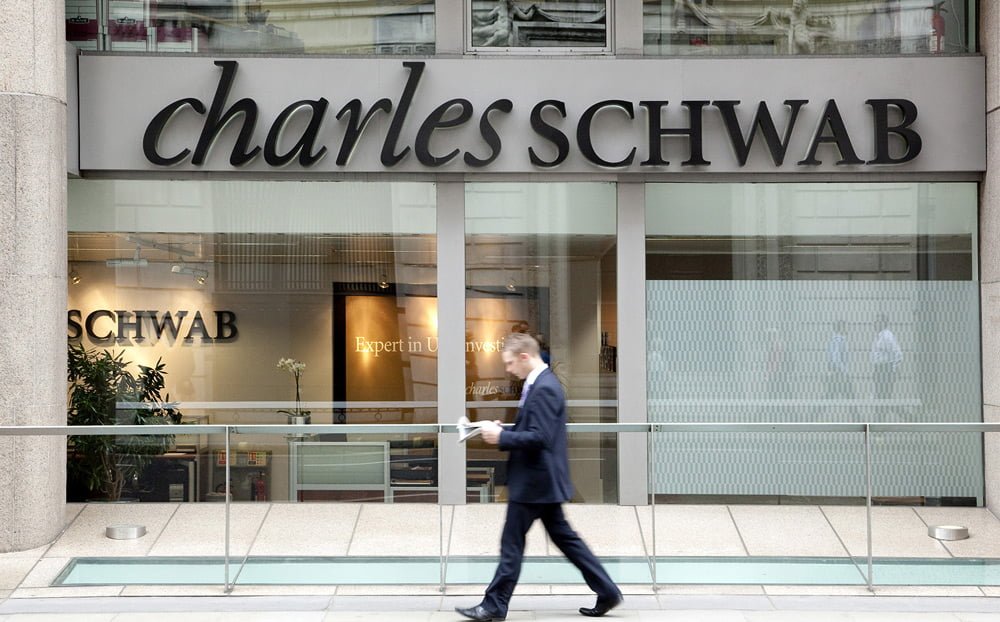 New retail brokerage accounts tallied 235,000 during the quarter, up 44%. The San Francisco discount brokerage said about 38,000 clients held financial planning conversations during the period, up 12% from a year earlier.

U.S. financial markets have enjoyed a bounce after the election of President Donald Trump, with investors hopeful the businessman would cut regulations and enact business-friendly policies. Reacting to increasing optimism about the U.S. economy, the Federal Reserve raised rates in March, the third such hike since the end of the financial crisis.
In all, Schwab said Tuesday it posted a profit of $564 million, up from $412 million a year prior. On a per-share basis, earnings grew to 39 cents from 29 cents.

Revenue rose 18% to $2.08 billion. Analysts surveyed by Thomson Reuters anticipated earnings of 36 cents a share on revenue of $2.06 billion.

Net interest revenue, which gauges the difference between interest earned on assets and interest paid out on deposits, climbed 30% to $1 billion. Asset management and administration fees rose 18% to $823 million. Trading revenue fell 17% to $192 million. 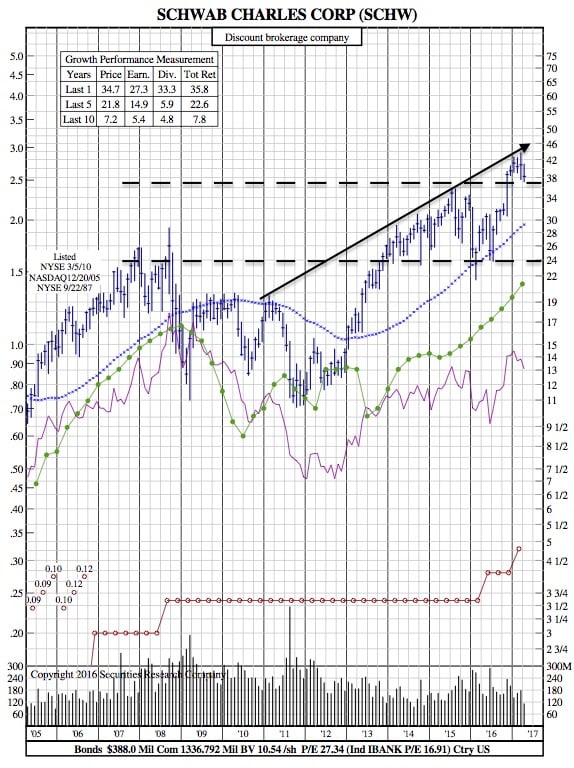 Going Back to 1990, Current Patterns in the Volatility Index say this is a Great Time to Buy (SPX 35-Year Chart)Blog