Bloomberg — U.S. equities rallied to records for a third straight week of gains as a gauge of investor sentiment on U.S. stocks climbed to levels unseen in more than two years and investors assessed promises from President Donald Trump for tax cuts and fiscal spending.

Economic data also continued to paint a largely positive picture of the U.S. economy, after yesterday’s unexpectedly low number of Americans filing for jobless claims and as corporations added to one of the best sets of earnings since the financial crisis.

The S&P 500 Index added 0.8 percent this week to a record 2,316, bringing the three-week advance to 2 percent, as industrial and consumer-discretionary shares led the market. The Dow Jones Industrial Average jumped 1 percent to 20.269. The Nasdaq Composite and Russell 2000 also made new highs.

Enthusiasm for the equity market is surging in 2017, according to a BNP Paribas SA measure of investor sentiment called the Love-Panic indicator. The index, which takes into account options positioning, equity fund flows and sentiment surveys reached the highest since April 2014 on Monday, the last reading.

With more than half of S&P 500 companies having posted earnings this season, about three-quarters beat profit estimates and roughly half beat sales forecasts, according to data compiled by Bloomberg.

Financial companies are posting some of the biggest increases in profit, with year-over-year earnings growth of an average 11 percent with 59 companies reporting, according to Bloomberg data. Energy, industrial and consumer discretionary stocks are the only groups with smaller profits than a year ago. 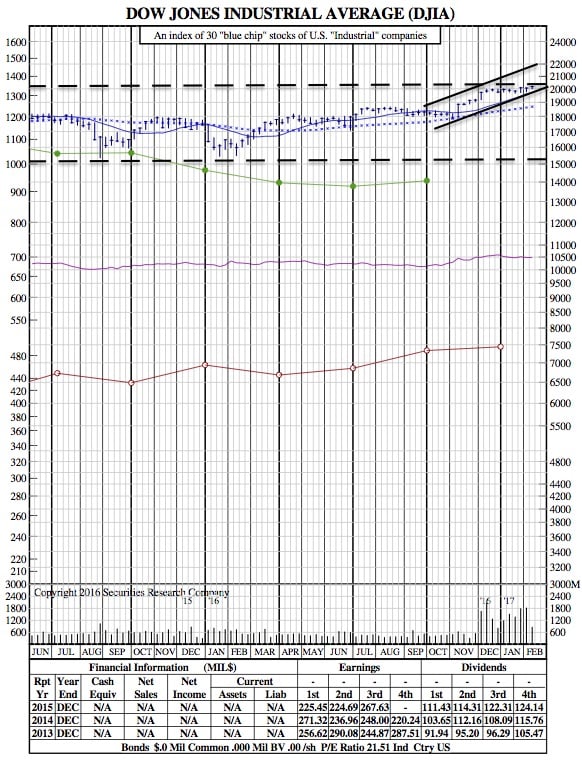