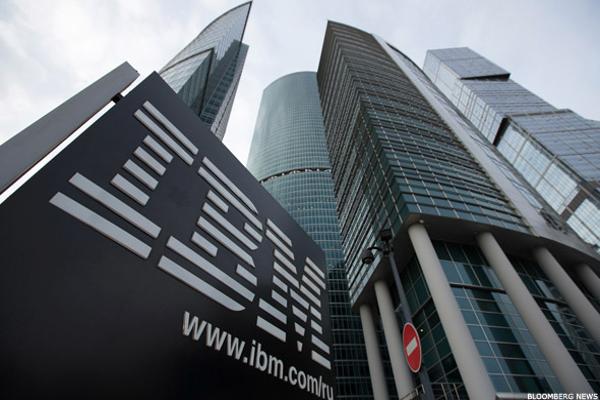 Forbes — Though IBM notched a major earnings beat to close out Q4 of 2016, a temporary jolt in after-hours trading quickly gave way to a major decline in share price.

The company reported non-GAAP earnings per share of $5.01 compared to analyst consensus of $4.88. Revenue for the quarter came in at $21.77 billion, up from expectations of $21.66 billion. Because of the strong quarterly earnings, IBM also beat full-year estimates, posting $13.59 in earnings per share.

In a statement about the earnings, chairman and CEO Ginni Rometty claimed that the results of the past year established IBM as “the industry’s leading cognitive solutions and cloud platform company.” She credited IBM Watson and IBM Blockchain as two areas for growth. “More and more clients are choosing the IBM Cloud because of its differentiated capabilities, which are helping to transform industries, such as financial services, airlines, and retail,” Rometty added.In the group of businesses centered around cloud, mobile, and analytics that IBM calls its “strategic imperatives,” Big Blue increased revenue by 13% to $32.8 billion. Cloud revenue itself grew 35% to $13.7 billion.

In the group of businesses centered around cloud, mobile, and analytics that IBM calls its “strategic imperatives,” Big Blue increased revenue by 13% to $32.8 billion. Cloud revenue itself grew 35% to $13.7 billion.

The company slightly raised its full-year earnings expectations for 2017 to non-GAAP EPS of at least $13.80.

IBM’s segment results were roughly on par with what analysts expected in its Cognitive Solutions group, which grew 1.4% and 2.2% in constant currency, an expected boost for its IBM Watson unit as it brings in more recurring revenue from scale. IBM’s consulting business called its Global Business Services, meanwhile, continued to bleed money with revenue of $4.1 billion, a 4.1% or 3.6% loss in constant currency about on par with anticipations. Infrastructure services grew modestly at 1.7% or 2.4% in CC, while the Systems group of hardware dropped 12.5% or 12.1% in CC at $2.5 billion.

Why the drop-off in the stock despite the beat and Rometty declaring victory in the quarter? One explanation could be that revenue, despite beating estimates, continued to drop for the 19th consecutive quarter. Another possible reason could be the impact that one-time gains are having on keeping IBM posting earnings beats.

In a note before the earnings release, Bernstein analyst Toni Sacconaghi noted that IBM’s full-year earnings beat was due in part to one-time gains in taxes and the sales of intellectual property that Sacconaghi estimated contributed about $1 billion in net income. Remove that from IBM’s yearly total, and the company would have missed by about $1.00 from its full year EPS guidance for 2016 of $13.50. It would be the third consecutive year in which IBM required one-time gains to meet guidance, the analyst wrote: “This suggests ongoing changes in the technology landscape continue to be more challenging than IBM appears to be estimating, or that IBM is not pivoting as quickly as it expected.”

On a call with analysts after the earnings, IBM chief financial officer Martin Schroeter said the company had reached a margin “inflection point” in 2016. Schroeter also said should IBM grow revenue from strategic imperatives by 10% or 11%, IBM would hit $40 billion in revenue from by 2018, a target it set several years ago. If IBM did that, its strategic imperatives could become the majority of the company’s business for the first time.

Schroeter said such a convergence is possible but not a focus by itself for Big Blue. “We are focused on driving value in those strategic imperatives, not just grabbing a little revenue to have some math work out differently,” the IBM executive said. 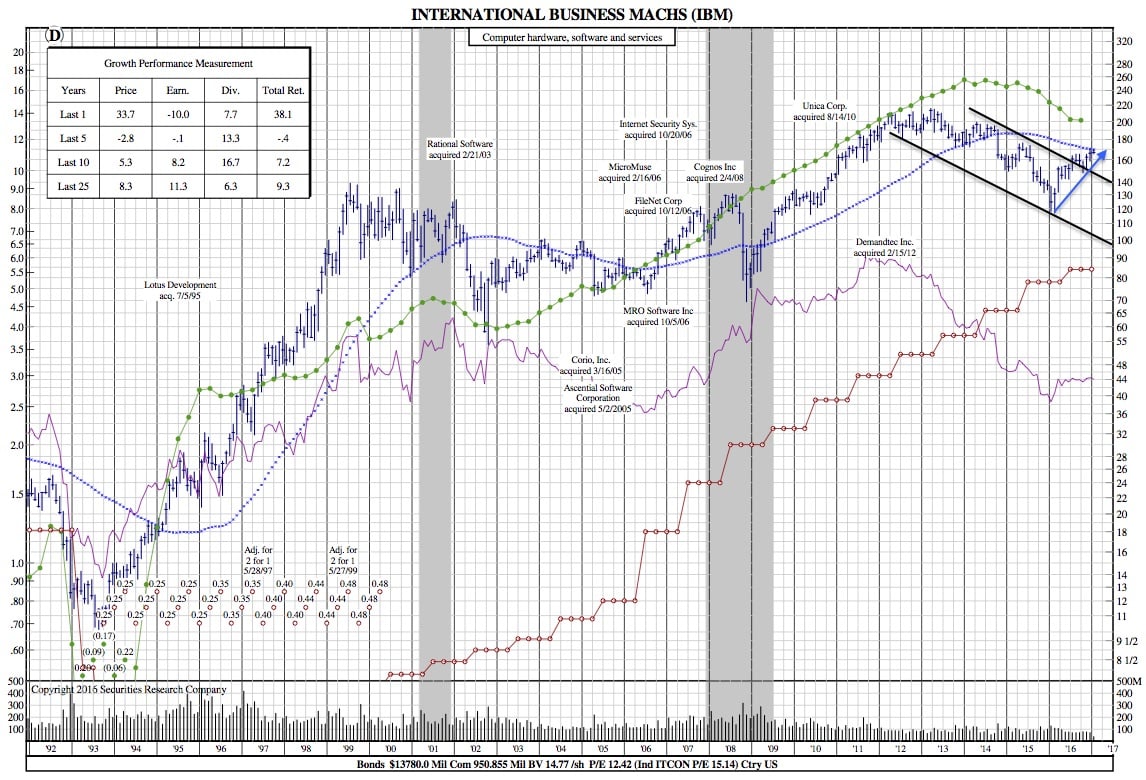 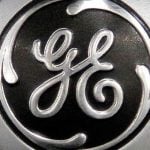