The SRC Book of 50-Year Stock Historical Charts; 2-Volume Set covers nearly 700 companies – with each chart is on its own 8.5″ x 14″ (legal-size) page. The 50-year historical stock charts provide a clear view of fundamental performance including: price, earnings & dividend growth since 1968. See how each stock fared through the last eight recession and expansion periods.

For a complete listing of the companies covered in the print edition of The SRC Book of 50-Year Historical Stock Charts, you can Download the Index

Each of the three historical charts using 3M (MMM) as an example, shows the 25-Year, 35-Year and 50-Year Historical Charts respectively shown to the right side. Each chart provides the monthly price ranges, adjusted earnings, dividends, relative-to-market performance, moving average, and trading volumes. In addition, all data has been fully adjusted for stock splits and dividends. Key events in the company’s history are noted.

Monthly Price Ranges are read from the right scale. They represent the highest and lowest point reached. The horizontal cross bar indicated the last trade or closing price.

Dividends are read from the left scale and are plotted on an annual basis. Dividends above or below the charts as well as specials, extras, irregular payments, etc. are noted.

Relative Performance Line is read from the right scale. This line indicates whether the stock is outperforming, lagging or keeping pace with the general market as represented by the S&P 500.

Growth Performance Measurement (GPM) is being provided in a block that appears in the top left corner of the company chart. The percent gain or loss for price, earnings, and dividends is shown for specific time periods as indicated by the number of years shown. The figures presented are average annual compounded percent return.

The Moving Average is plotted monthly and read from the right scale. This represents the average of the closing prices for the most recent 48 month period.

Volume is plotted on an arithmetic scale at the bottom of each chart. The vertical bars indicate the number of shares traded each month. Thousands are indicated by a T at the top right of the volume scale, millions by an M and billions by a B.

Key Notations – Significant events in a company’s history, such as an acquisition, divestiture or stock split are indicated on the chart.

Capitalization figures shown at the bottom of each chart are based upon the company’s latest annual report.

Semi-logarithmic scale – SRC’s stock charts are plotted on uniform semi-log grids. This enables you to quickly compare percentage moves on one stock chart with any other. 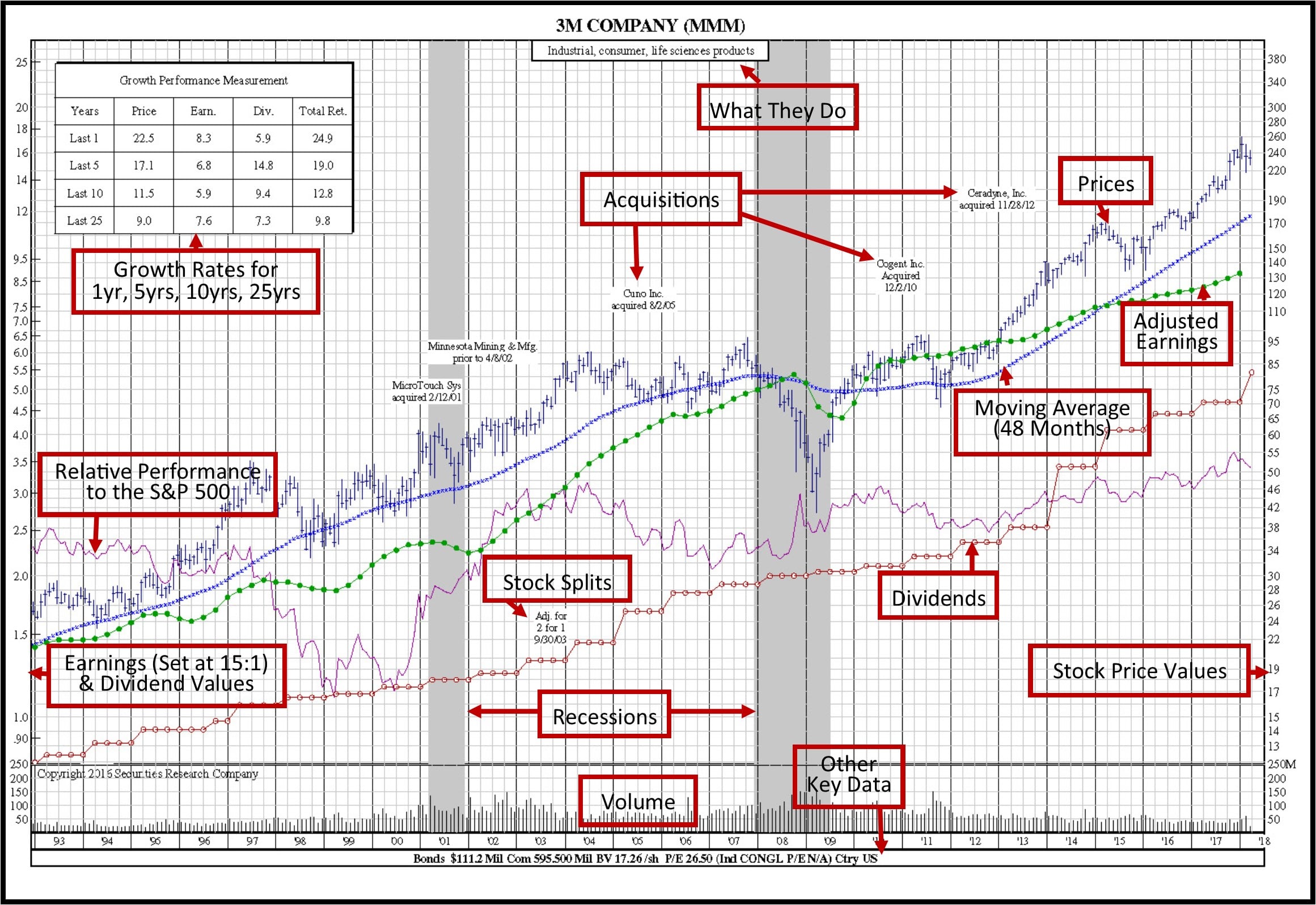 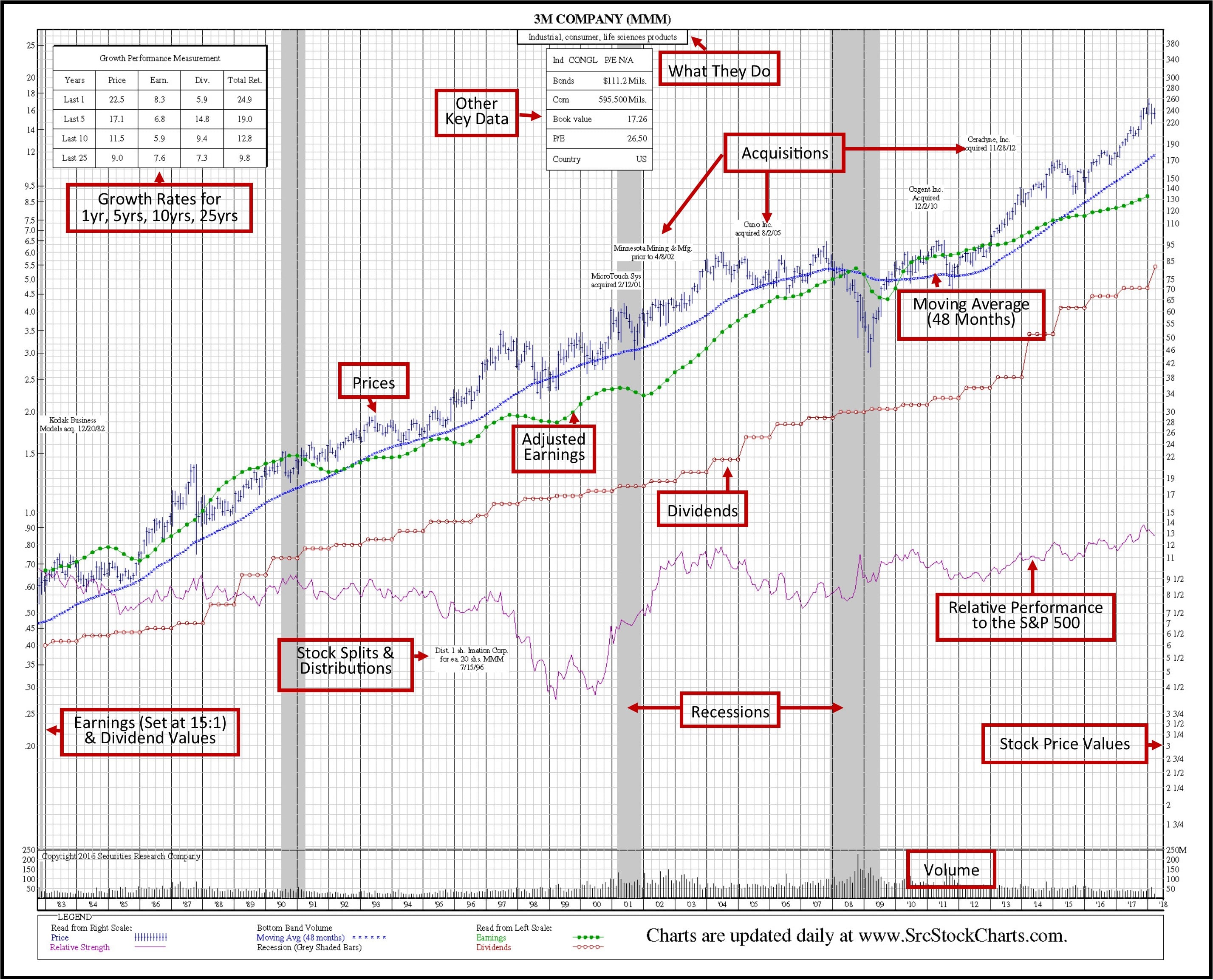 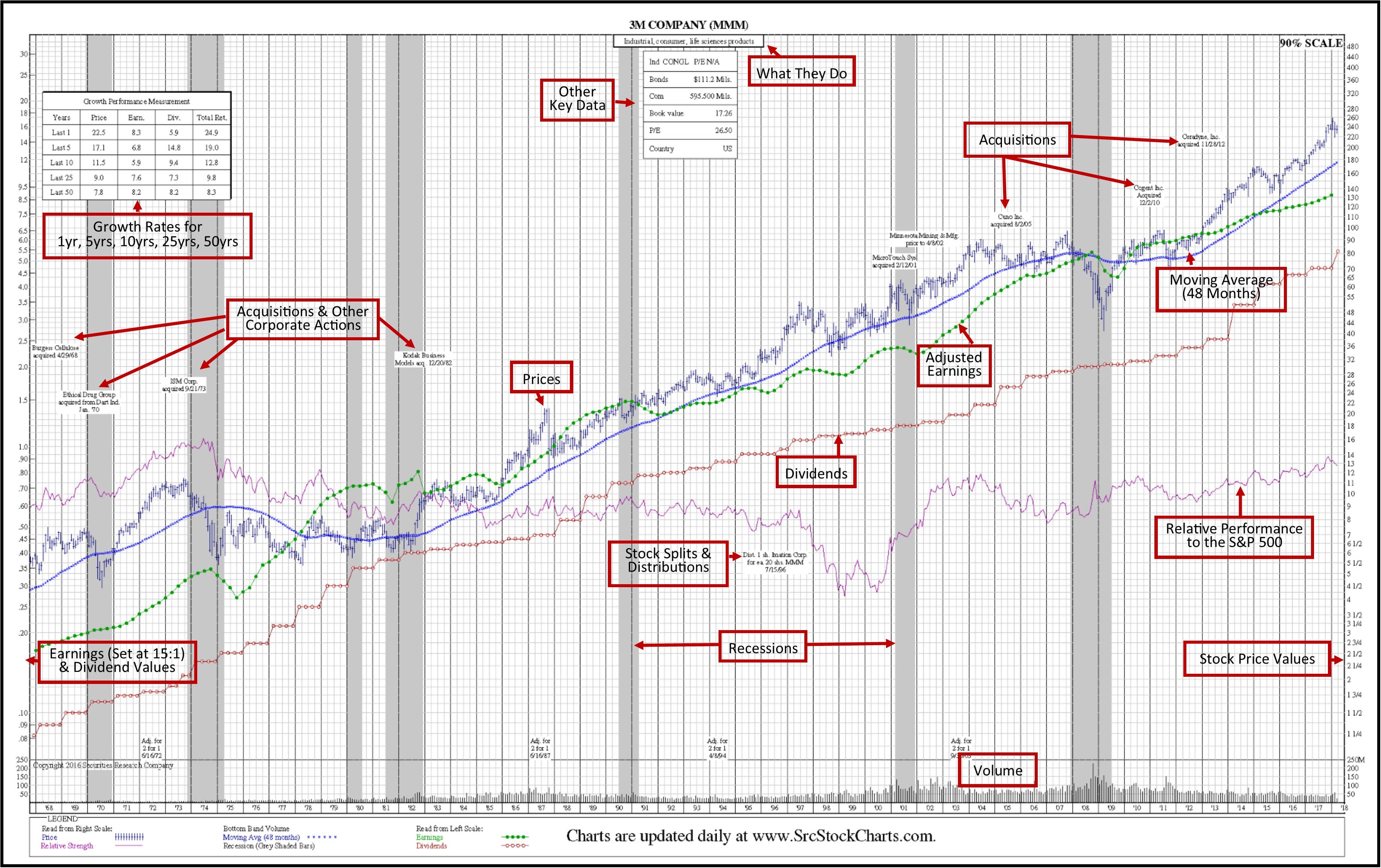